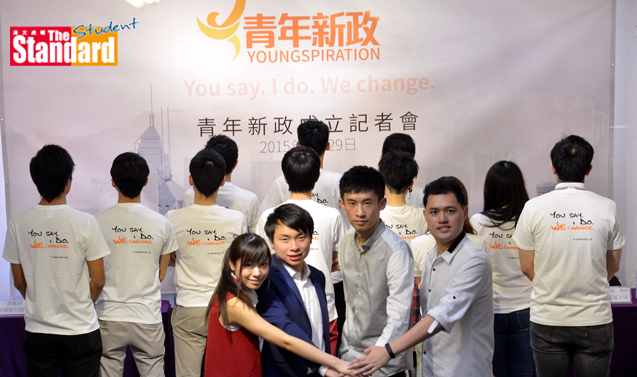 The alliance is proposing an election manifesto of “self-determination by Hongkongers as a people”.

If they do enter Legco, Youngspiration spokesman Wong Chun-kit (黃俊傑) said they will seek to launch a referendum in 2021 to collect the views on the territory’s political future with independence being one of the options.

“In the light of the rapid red invasion, Hongkongers are apparently running out of time,” Wong said.

Other members of the electoral alliance will also consider running on joint tickets, but the alliance has not yet decided on the candidates.

Leung said he is aware the Electoral Affairs Commission (選舉管理委員會) may deny the alliance’s registration.