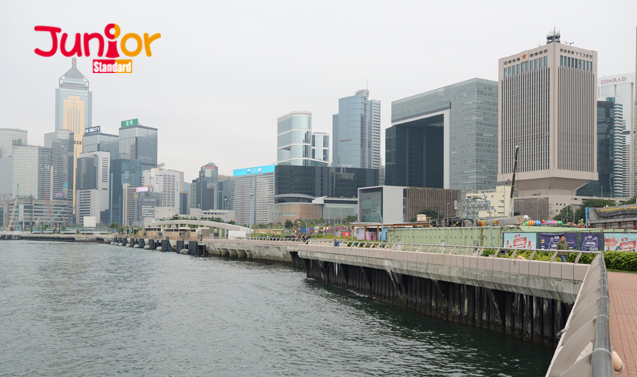 Chief Executive Leung Chun-ying wants office workers to enjoy time out, so he is proposing a swimming platform on the Central waterfront.

His idea was given an immediate thumbs down by experts who said the harbour’s water is filthy.

But Leung wrote in his blog that local waters have “leisure and athletic values”.

He also said the Harbour Area Treatment Scheme (淨化海港計劃) means the sea can be used for water-friendly activities.

He suggested putting a modern facility on the waterfront near the International Finance Centre (IFC，國際金融中心) in Central where one could swim for 20 minutes after lunch.

Swimming would be a good alternative to going to the gym, he said.

Apart from swimming, Leung also suggested people could go fishing. “After having a simple meal during lunch hour, for the remaining 45 minutes office workers in Central could sit by the shore and fish,” Leung said. “It is a very good way to relax.”

He said harbour traffic and poor water quality would make it doubly unsafe off Central.

He added that Victoria Harbour’s waters are so poor it could take 10 to 20 years to improve conditions and make it safe for swimming.

An academic said the water near Western is cleaner but the current is strong there.

(This article is published on Junior Standard on 15 March 2016)

An explosive we...
AN American ‘sayonara’ to th...