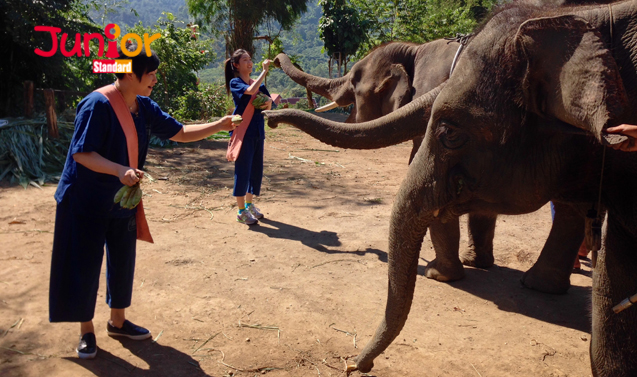 A TOKYO zoo said it will work on improving the living conditions for its 69-year-old elephant Hanako (花子).

Animal activists had started a ‘Help Hanako’ campaign that sought to improve the elephant’s situation or move it to a Thai sanctuary.

They said Hanako has been too lonely living on her own in Inokashira Park Zoo (井之頭公園動物園) for over six decades.

But Animal welfare expert Carol Buckley, who was invited to the zoo by the campaign, found the zoo had “done a lot of good”.

She said Hanako was among the healthiest elephants, for her age, she has ever seen. Their usual lifespan is about 70 years.

The zoo has earlier said moving Hanako would be too stressful.

Instead of moving her, Buckley recommended infrared heaters and rubber mats to make her small concrete pen more livable.

She said renovating or enlarging Hanako’s pen would require noisy construction that might put stress on the animal.

Buckley noted animal activists need to be educated, regardless of their good intentions. “You think she should be put on a plane or a boat and go to Thailand? What are you thinking?” she said.

The heartbreaking tale of Hanako the elephant
http://goo.gl/YcHkr7

Arguments for and against zoos
http://goo.gl/czemtW