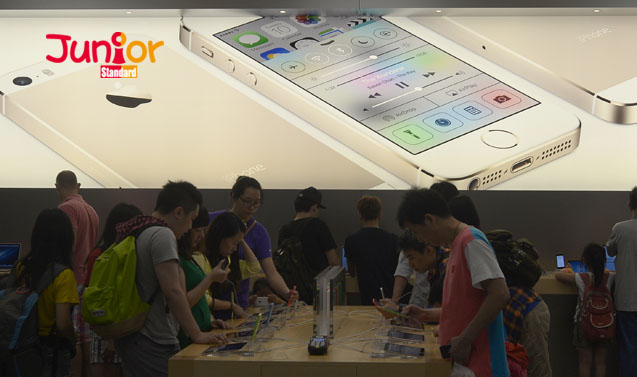 Apple is preparing to release non-white faces in its line-up of the cartoon faces used to liven up text and email messages.

In its next update of the icons, the faces will be available in six different skin tones, US (美國) media reported.

Apple said the new inclusion of the faces reflected its commitment to improving diversity. But the technology giant is facing criticism that the vibrant shade of yellow chosen for the Asian (亞洲的) faces was actually bordering on racist.

“Are we really that yellow?” wrote a social media user on Weibo, China’s version of Twitter. “That yellow is really yellow, how can a man be so yellow?” asked another.

CNN’s website said these are just some of 300 new emoji included in the latest developer version of iOS 8.3. But the new icons will not be available to the public until the update is released later this year.

The task is not simple. The keyboard of illustrated icons is based on Unicode (統一碼), the standard for text, numbers and emoji across all platforms. Emoji originated in Japan (日本) and were added to the Unicode Standard in 2010, and Apple first included them in their iOS in 2011.

“Apple supports and cares deeply about diversity, and is working with The Unicode Consortium to update the standard so that it better represents diversity for all of us,” said an Apple spokesperson.