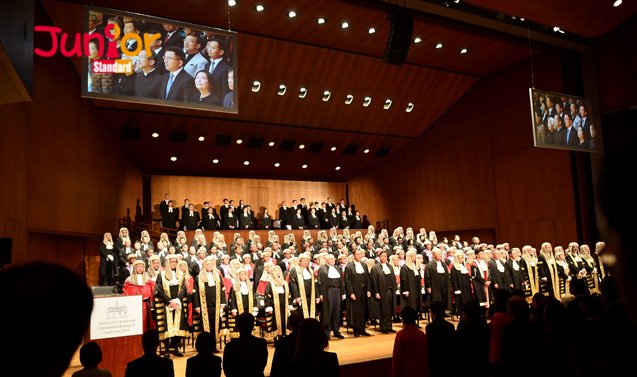 ‘PEOPLE must be careful and cautious when commenting on a court judgement. Inappropriate comments will undermine judicial independence in Hong Kong.’

These were the messages the Hong Kong Bar Association (香港大律師公會), which represents barristers in Hong Kong, said in response to recent suggestions to ‘name and shame’ judges.

More than half of the people arrested in connection with the Mong Kok disturbances were allowed bail. Hong Kong Indigenous convener Ray Wong Toi-yeung (本土民主前線發言人黃台仰) was released on bail of HK$200,000.

These decisions sparked outrage from various pro-government parties and groups.

The Chinese Association of Hong Kong & Macao Studies (全國港澳研究會) criticised the judiciary for “conniving violence”. It also urged the courts not to condone those who undermine safety and public order in Hong Kong.

They suggested making public names of the judges who have a “clear political inclination or readily pass lenient sentences in cases which jeopardise national security and public order”.

A former senior law enforcement officer, meanwhile, called upon citizens to expose the personal background and family connection of a magistrate.

The Bar Association statement said such comments “overstep the boundary of the public’s freedom of commentary” and pointed out that public discussion on court decisions should be “well informed and well considered”.

The association found the suggestion to name and shame “deeply deplorable”.

(This article is published on Junior Standard on 3 March 2016)