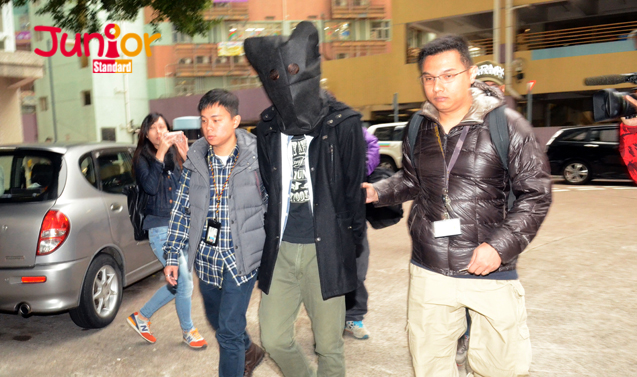 A 21-YEAR-OLD Hong Kong Design Institute (香港知專設計學院) student was arrested for urging people to beat up reporters online. He was said to have spread such a message during the Mong Kok riot.

The Year Two student who majors in digital music and media was arrested at his home in Tin Shui Wai (天水圍).

The alleged offence was ‘obtaining access to a computer with intent to commit an offence or dishonest intent’.

The threat message was: “Anyone who sees TVB [reporters], remember to break their cameras and kick the people twice.”

Other forum members warned the student about his post, but he replied that he was not afraid of being arrested.

This alerted officers from the Technology Crime Division to begin an investigation. Police took away an iPhone, a MacBook laptop and router from his flat in Tin Yuet Estate (天悅邨).

Earlier, an employee of the immigration department was arrested for claiming on Facebook that he would offer any group HK$10,000 for each police officer killed.

Lawmakers raised concerns about how the government plans to step up communication with young people following the riot.

Lawmaker Ng Leung-sing (吳亮星) said he was concerned that bricks on pavements outside cultural venues could be used by rioters. He suggested the government use cement or asphalt to replace all brick pavements outside public venues.

(This article is published on Junior Standard on 24 February 2016)

Obtaining access to a computer with intent to commit an offence or dishonest intent
http://goo.gl/PgIOt8