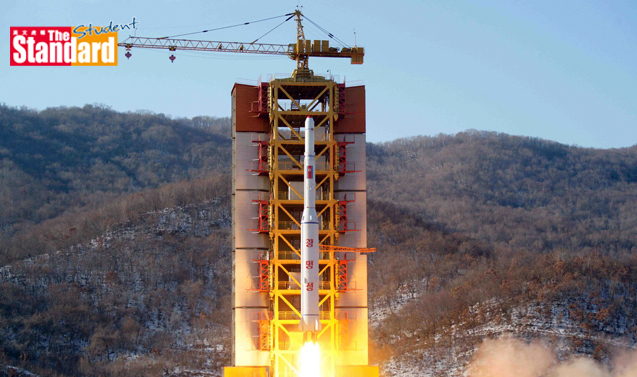 NORTH Korea’s (北韓) latest rocket launch might kick off a build-up of US missile defence systems in Asia, US officials and defence experts said.

It is something that could further strain Sino-US ties and also hurt relations between Beijing (北京) and Seoul (首爾).

North Korea says it put a satellite into orbit on Sunday, 7 February, but the United States and its allies see the launch as cover for Pyongyang’s (平壤) development of ballistic missile technology that could be used to deliver a nuclear weapon.

Washington (華盛頓) sought to reassure its allies South Korea (南韓) and Japan (日本) of its commitment to their defence after the launch, which followed a North Korean nuclear test on 6 January.

The US and South Korea said they would begin formal talks about deploying the sophisticated Terminal High Altitude Area Defence system (THAAD, 戰區高空防禦系統) to the Korean peninsula “at the earliest possible date”.

South Korea had been reluctant to publicly discuss the possibility due to worries about upsetting China, its biggest trading partner.

Beijing, at odds with the US over Washington’s reaction to its building of artificial islands in the disputed South China Sea (南海), quickly expressed “deep concern” about a system whose radar could penetrate Chinese territory.

China had made its position clear to Seoul and Washington, the Foreign Ministry (中國外交部) said.

“When pursuing its own security, one country should not impair others’ security interests,” spokeswoman Hua Chunying (華春瑩) said.

But the North Korean rocket launch, on top of last month’s nuclear test, could be a “tipping point” for South Korea, a US official said.