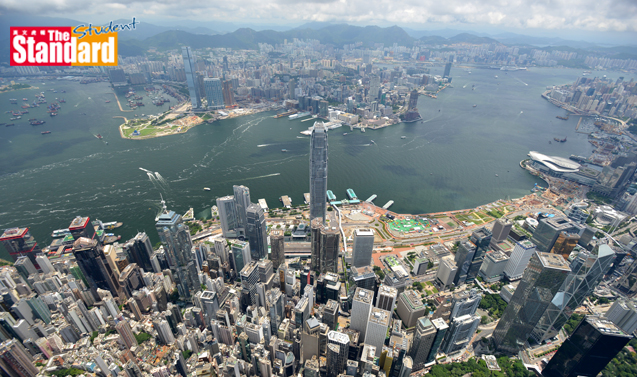 “Freedom from corruption” in Hong Kong has eroded in four years, even though the SAR has been ranked the world’s freest economy for the 22nd straight year.

The 2016 Index of Economic Freedom (經濟自由度指數), released by the Washington-based Heritage Foundation (傳統基金會), a conservative think tank, found that one area of concern is rule of law. Among its factors is freedom from corruption, for which Hong Kong’s score on a scale of zero to 100 has declined from 84 to 74 in four years.

“[But] Beijing’s (北京) ongoing efforts to erode the power of the Judiciary and Legislative Council (司法和立法會) and to intervene in the economy could undermine the rule of law.

“For now, however, the efficient and capable Judiciary remains independent, and private property rights are well protected.”

The overall rating of Hong Kong was 88.6, a point lower from the previous year but well above the global average of 60.7. Among the 10 components measured in the report, Hong Kong achieved high ratings of 90 or above in seven particularly in business, trade and financial freedom.

Hong Kong’s gap with Singapore (新加坡), the second-freest economy, widened slightly from 0.2 to 0.8 points after narrowing for five straight years.

The report described prudent economic policy within a stable and transparent legal environment as the cornerstone for Hong Kong maintaining its free economy.

The highly competitive regulatory, tax and spending policies have come under pressure from those who favour more government involvement in the economy, the report said.

Why Does Economic Freedom Matter?
http://goo.gl/ZQKJzJ