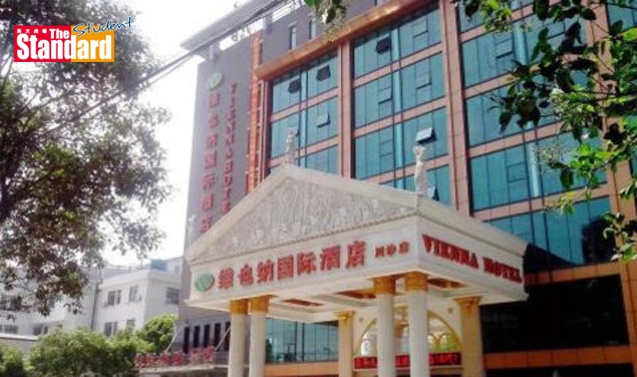 Shanghai cracks down on copyright violation
2015.11.27

CHINA has fined five knock-off Disney (迪士尼) hotels for infringing on the iconic US entertainment company’s trademarks, Xinhua news agency (新華社) reported in the run-up to the opening of a Walt Disney Co (華特迪士尼公司) theme park in Shanghai (上海).

The news comes less than a month after Chinese authorities announced that they would give unprecedented special trademark protection to Disney in a year-long campaign around the park’s opening.

The Shanghai Municipal Administration for Industry and Commerce (AIC, 上海市工商行政管理局), a business regulator, found that the hotels were all owned by the Shenzhen Vienna Hotels Group (深圳維也納酒店) and had used the ‘Disney’ trademark on their signs and websites without authorisation, Xinhua said. The hotels were located in Shanghai’s Pudong district (浦東新區), where the theme park is due to open next year.

Several calls to the Shenzhen Vienna Hotels Group for a comment were unsuccessful.

“Hoping to cash in on the resort and attract customers, [the hotels] not only infringed trademark rights but are also suspected of unfair competition,” the report quoted the AIC as saying. The hotels were fined a combined 100,000 yuan (HK$121,310).

Lin Haihan (林海涵), director of the Shanghai AIC’s trademark office, said the administration was inspecting other hotels for possible infringements.

China has struggled for years to shake off a reputation for being a source of, and a market for, fakes, from replica handbags to knock-off cars.