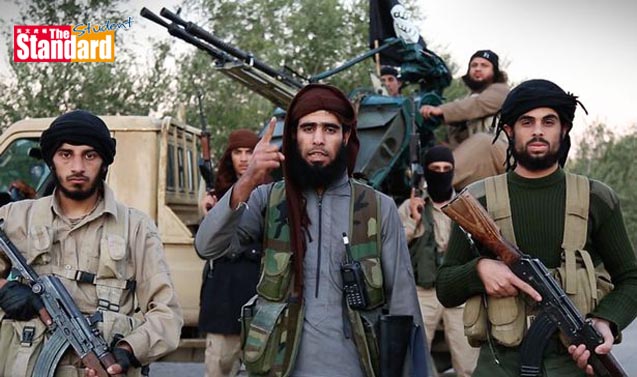 WORLD leaders united last Sunday to denounce terrorism at a heavily guarded summit in Turkey (土耳其) after the gun and bomb assaults in Paris (巴黎), despite divisions over conflict-riven Syria (敘利亞).

Obama condemned the killings in the French captial as well as a double suicide bombing in Ankara last month as attacks “on the civilised world” and vowed to “redouble our efforts” to eliminate the Islamic State network .

“We stand in solidarity with France in hunting down the perpetrators of this crime and bringing them to justice,” Obama declared after talks with his host, Turkish President Recep Tayyip Erdogan (艾爾段).

The Paris killings claimed 129 lives and darkened the mood of the summit of the Group of 20 top world economies, with security and the Syrian conflict now eclipsing an economic agenda that also deals with the spreading refugee crisis, climate change and tax avoidance.

Erdogan said the summit agenda was now “very different” given the massacre in Paris, with the leaders condemning the attacks in their communique. “This terrorist action is not only against French people but all humanity,” he said.

All musical events, including at the official dinner on Sunday night, were cancelled as a mark of respect for the Paris victims and Turkish state media said the already tight security at the summit was stepped up.

As world mourns Paris, many in Mideast see double-standard
http://hosted.ap.org/dynamic/stories/M/ML_ISLAMIC_STATE_DOUBLE_STANDARD?SITE=AP&SECTION=HOME&TEMPLATE=DEFAULT&CTIME=2015-11-16-18-52-43