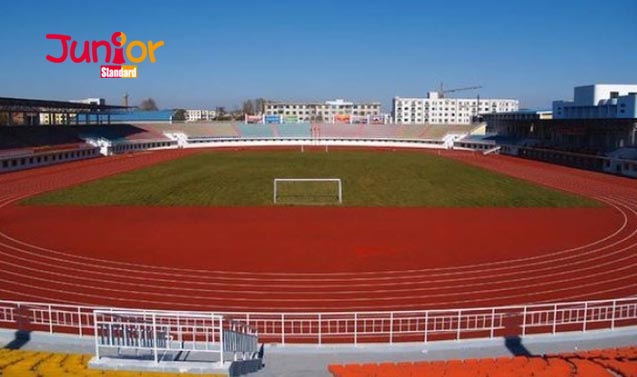 ABOUT a dozen running tracks in Chinese schools have been reported to have offensive odours causing sickness in students.

The students showed symptoms including nosebleeds, dizziness and rashes, after new rubber running tracks were laid down in their schools.

Students in about ten schools in Shanghai (上海), Jiangsu (江蘇), Zhejiang (浙江) and Shaanxi (陝西) had reported the same problem. Two schools in Shenzhen (深圳) are the latest addition to the list.

Students at Meilian Primary School (美蓮小學) in Shenzhen have been transferred to other schools. Big electric fans are being used to disperse the pungent smell.

“Even adults felt irritation in their eyes and throat by the smell of the rubber, let alone the children,” said a parent protesting outside the school.

A test by the Futian district (福田區) education bureau showed toluene and xylol substances at 20 times the safe level.

A representative of the school parents’ committee said that they have demanded the school replace the rubber with grass.

Dozens of parents have demanded suspension of schooling, but school authorities insisted the rubber will fully volatilise in a few days. Trees have been felled at the school to help expose the rubber to sunshine and quicken the volatilization process. Incomprehensive regulations are apparently to blame.

(This article is published on Junior Standard on 12 November 2015)