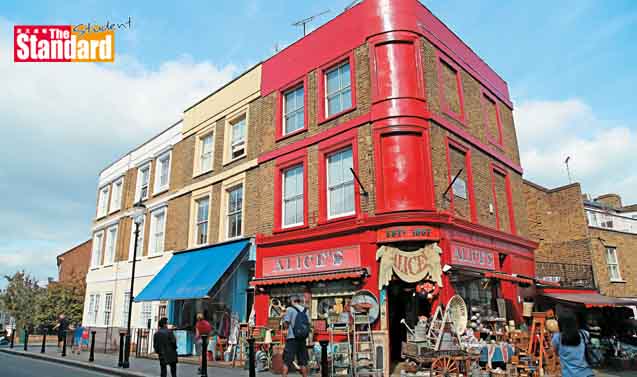 After three days of banquets, processions and trade talks in London, Xi posed for selfies with City players and met former stars from their local rivals Manchester United (曼聯).

British Prime Minister David Cameron (卡梅倫) accompanied Xi on his tour of Manchester as the British government tries to promote investment in the post-industrial cities of northern England.

Cameron and Xi – reported to be a United fan – visited Manchester City’s academy.

The state-of-the-art training facility includes a 7,000-capacity stadium and 16 football pitches that can cater for more than 450 players.

They also met Denis Law (丹尼斯 • 勞), who scored 171 goals for United during the 1960s and 70s, but who famously scored a goal to relegate the club after transferring to City.

The two leaders toured the National Football Museum (國家足球博物館), which houses artefacts including a ball used in the final of the inaugural 1930 World Cup (世界盃).

State visit by the president of the People’s Republic of China
www.royal.gov.uk/LatestNewsandDiary/Pressreleases/2015/StateVisitbythePresidentofthePeoplesRepublicofChin.aspx