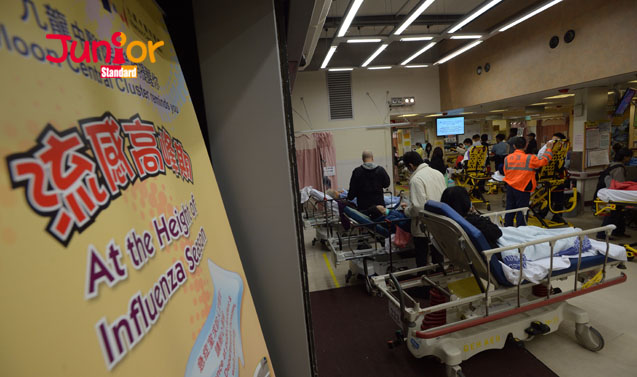 TWELVE people died of seasonal flu last Wednesday, including a 60-year-old customs officer – the highest death toll in a single day this year.

Between noon on 2 January and noon on 3 February, 178 adults aged 18 or over were admitted to intensive care units, of which 111 died, the Centre for Health Protection (衛生防護中心) said. In the same period, 11 youths under 18 were admitted with severe flu-associated complications. None died.

The dominant influenza strain for both groups was H3N2, which has undergone a ‘drift’ change this winter – making the flu vaccine less effective.

All sought medical consultation but none required hospitalisation. The nasopharyngeal swab of a pupil tested positive for H3N2.

University of Hong Kong (香港大學) microbiologist Yuen Kwok-yung (袁國勇) said the peak period of the flu season will last for another four to six weeks and stabilise after next month.