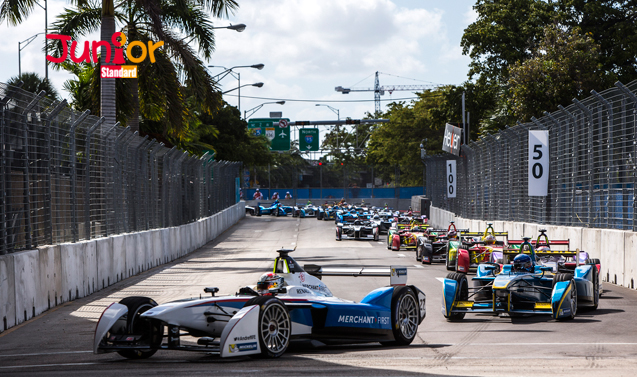 HONGKONGERS will be able to watch the first Formula E Championship race in the territory next year for as little as HK$500.

The ticket price was recommended by Hong Kong Automobile Association (香港汽車會) president Lawrence Yu Kam-kee (余錦基), coordinator for the event, who said the tickets should be affordable.

The SAR is on the calendar for season three of the FIA Formula E Championship (國際氣聯電動方程式世賽).

The race is pencilled for 9 October next year on a 2.2-kilometre circuit between Lung Wo Road (龍和道) and the Star Ferry (天星小輪).

He stressed that one of the features of the championship is “to put the race where the people are”.

In Hong Kong’s case it is on the bustling streets of the Central harborfront.

The circuit will include 10 corners, with the most excit-ing turn set at the end of Lung Wo Road and back to cross City Hall (大會堂).

Other stops in the series next season include Beijing, Malaysia, Britain and the United States.

The government needs to spend HK$20 million to de-velop the race track, including removing plants near the course and erecting safety fences.

“This will be a sustainable investment as the govern-ment will not need to spend so much in the following years,” Yu said.

If the event is successful in 2016, Hong Kong can hold the race for the next 23 years, he said.