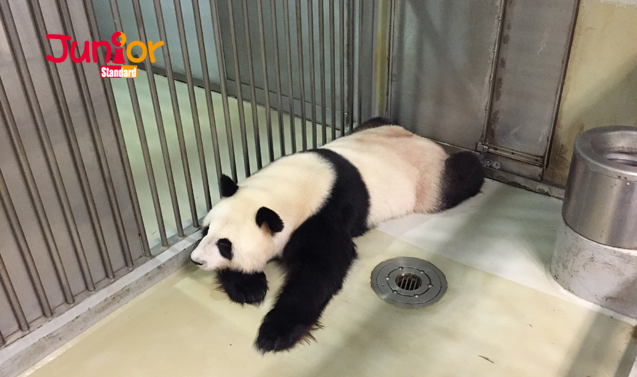 It would have been the first giant panda born in Hong Kong.

Ten-year-old Ying Ying was confirmed to be pregnant on National Day by her caretaker, Ocean Park. The birth was expected in about seven days.

But an ultrasound scan later found no signs of life inside Ying Ying’s uterus.

“No heart beat was detected,” park veterinarian Lee Foo-khong said. “The fetus’s structure was seen to be breaking down and we can no longer see the head and limb of the cub.”

The last time the cub was seen clearly from an ultrasound scan was on 28 September.

Lee said the ‘in-utero death’ was not a miscarriage, but it seemed to be in the process of reabsorption, as seen from the ultrasound scan.

“In case any complications arise, medication plans are ready for the worst-case scenario that the fetus death causes infection inside her body,” she said.

Senior curator of terrestrial life sciences Howard Chuk Hau-chung (陸生動物部高級館長祝效忠) said it was heartbreaking for the park’s animal-care team to receive this news.

Ocean Park said it was confident Ying Ying’s health would return quickly and the experience of losing the baby would not affect the chances of another pregnancy.