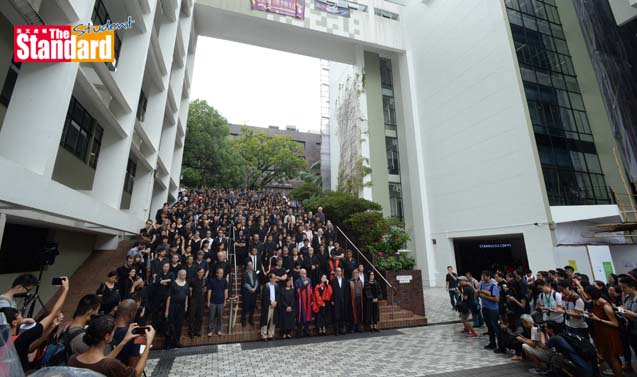 Wearing black attire or robes, the group marched from Centennial Campus (百周年校園) to Sun Yat Sen Place (中山廣 場) in Pok Fu Lam (薄扶林). They did not chant slogans or display banners during the 45-minute rally.

They also vowed to defend the university’s autonomy while saying they reject political intervention.

The council rejected Chan’s appointment by a 12-8 vote on 29 September.

Ho said Chan is more than “a nice guy” as he was described by council member Arthur Li Kwok-cheung (李國章).

She added that if he was just a nice guy, he would not have been highly respected by colleagues.

An HKU spokeswoman said academic freedom and freedom of expression are core values of the university.