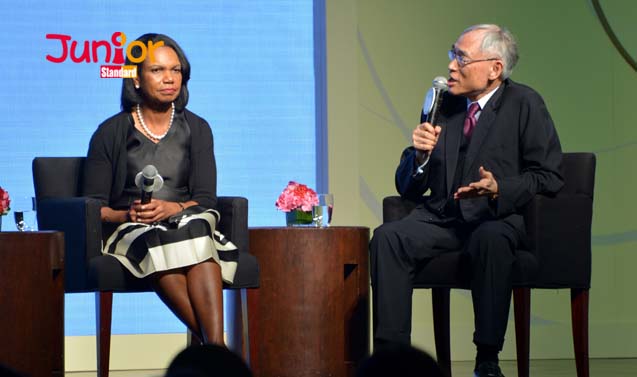 HONG KONG billionaire Lui Che-woo has set up a new prize to honour those who have made important contributions to mankind. At HK$2 billion, ‘The Lui Che Woo Prize for World Civilisation’ (呂志和世界文明獎) prize could be the largest in the world.

Every year, winners under three categories will receive HK$20 million each.

This is even larger than the Nobel Prize (諾貝爾獎), for which winners receive 8 million Swedish krona (HK$12 million) each.

The three broad categories of the Lui Che Woo Prize are sustainable development, welfare of mankind and the promotion of positive life attitude.

The focus under each category will change every year.

The first three awards will go to those who help ensure a reliable food supply; treatment and control of epidemics; and those who inspire others.

The award ceremony will be held in the second half of next year. The winners must be a living individual or an organisation.

Nominations will come from more than 1,000 universities, academic institutions and professional organisations from around the world.

Lui, aged 86, is founder and chairman of the K Wah Group. He earned his first fortune from the construction materials business, which later expanded to hotels and casinos. He was the fifth-richest man in Hong Kong on the Forbes List this year.

Former US Secretary of State (前美國國務卿) Condoleezza Rice (賴斯) flew in from Beijing (北京) to attend the ceremony.