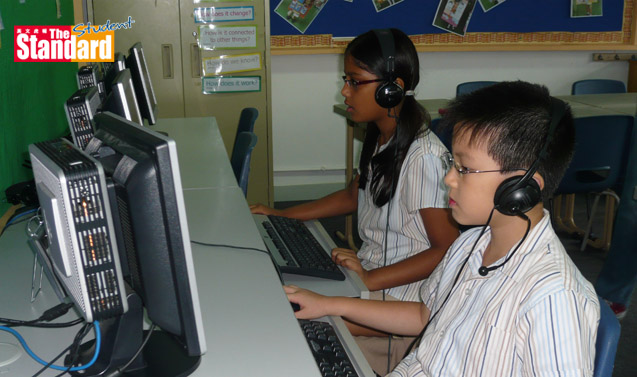 BIG investments by schools and education authorities in computers and other technology do not improve student performances, a major new study finds.

On the contrary, places that do not rely heavily on computers in school, Hong Kong being a prime example, are among top performers in international tests, says the Organisation for Economic Cooperation and Development (OECD, 經濟合作暨發展組織).

Results of the study that set out to examine the impact of technology on student performances highlight the fact that heavy spending on information and communications technology for schools has not led to noticeable improvements in test results for reading, mathematics or science for the past 10 years.

“Where computers are used in the classroom, their impact on student performance is mixed at best,” said OECD
education director Andreas Schleicher. “Students who use computers very frequently at school do a lot worse in
most learning outcomes even after accounting for social backgrounds and student demographics.”

The study is based on the OECD’s triennial survey that tests the skills and knowledge of 15-year-olds globally.

In Hong Kong, students use computers in school for an average of 11 minutes a day, and one computer is shared by at least two students. Overall, 83.8 percent of Hong Kong students use a computer at school, placing the SAR 33rd out of 64 countries or cities studied by the OECD.

By comparison, every Australian (澳洲) student is entitled to a computer at school, and 93.7 percent of them use
one for an average of 58 minutes a day. Yet Hong Kong students’ performance in mathematics ranks third in the overall list while Australia is 46th.

Hong Kong students also show good digital reading skills, ranking third of 32 economies. But they are high on the ‘digitally adrift’ list as well, meaning they are prone to lose focus when using computers and browse irrelevant
websites.