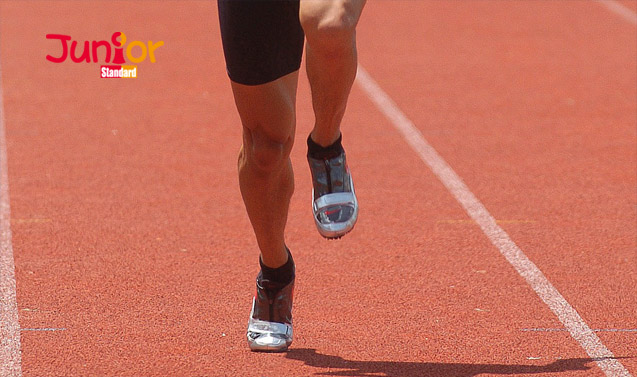 CHINA’S (中國) sprinter Su Bingtian (蘇炳添) became the first Asian (亞洲的)-born athlete to run the 100 metres in under 10 seconds when he finished third in the Diamond League (鑽石聯賽) meeting in Eugene (尤金), Oregon (俄勒岡州), in the US (美國).

The 25-year-old clocked 9.99 seconds in the race won by American (美國的) Tyson Gay (蓋伊) in 9.88. “I am so proud,” said Su. “I can write my name into history now and will work harder and run faster. This is definitely a huge boost for me.”

Su’s time is not the fastest by an Asian athlete, however, with Qatar’s (卡塔爾) Femi Ogunode (奧古諾德) having clocked 9.93 seconds at the Asian Games (亞運會) in South Korea (南韓) last year on his way to a sprint double. Ogunode, though, was born in Nigeria (尼日利亞) but moved to the Gulf (波斯灣) state in 2009 and became a naturalised citizen a year later, in time for the 2010 Asian Games in Guangzhou (廣州), where he won the 200m and 400m titles.

Japanese (日本的) teenager Yoshihide Kiryu (桐生祥秀) ran a wind-assisted 9.87, which is not recognised as a record, at a meting in Texas (德薩斯州) in March.

China’s Zhang Peimeng (張培萌) had held the previous fastest time for an Asian-born athlete with the 10.00 flat he clocked at the 2013 world championships in Moscow (莫斯科).

Su said that he was inspired by Zhang’s performance in Moscow as it showed they were very close to breaking the 10-second barrier.

He is now hoping they will be able to replicate their forms at the world championships in Beijing (北京) in August.