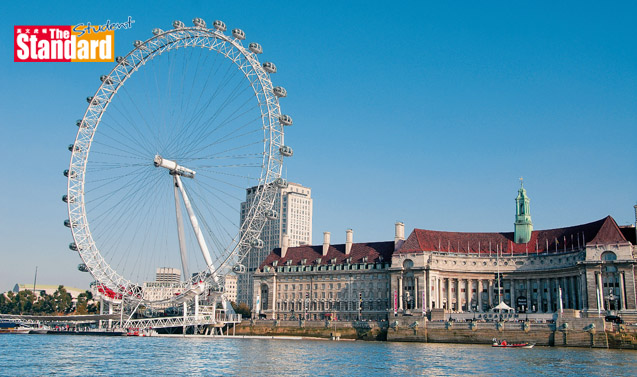 PRIME Minister David Cameron’s (卡梅倫 ) government confirmed last Tuesday it will hold a referendum on whether Britain (英國) should leave the European Union (EU, 歐洲聯盟) in a government agenda read by Queen Elizabeth (伊利沙伯二世女王) on the State Opening of Parliament.

She also revealed President Xi Jinping (習近平) and his wife, Peng Liyuan (彭麗媛), will pay a state visit in October, the first by a Chinese state leader since 2005.

Wearing a crown and full ceremonial dress, the queen said Britain would “pursue reform of the European Union for the benefit of all member states”. She added: “Alongside this, early legislation will be introduced to provide for an in-out referendum on membership of the European Union by the end of 2017.”

Her speech also featured plans to hand more powers to Scotland and prohibit raising three main taxes for the next five years, despite planned cuts to reduce Britain’s deficit, including welfare savings of 12 billion (HK$142.8 billion).

The white-clad monarch, delivering the 62nd Queen’s Speech (女王致辭) of her reign, arrived at parliament in a gold and black carriage, accompanied by dozens of horsemen, to the sound of God Save The Queen(天佑女王).

Thousands of people were expected to hold anti-austerity protests in central London after the speech. “We’ve suffered austerity for too long. It created the longest fall in living standards since records began for the majority, while the thousand richest doubled their wealth,” an organiser, Sam Fairbairn, said.

The EU referendum bill is expected to keep open the prospect of a vote next year, which Cameron has not ruled out, but did not include a precise date for the ballot.