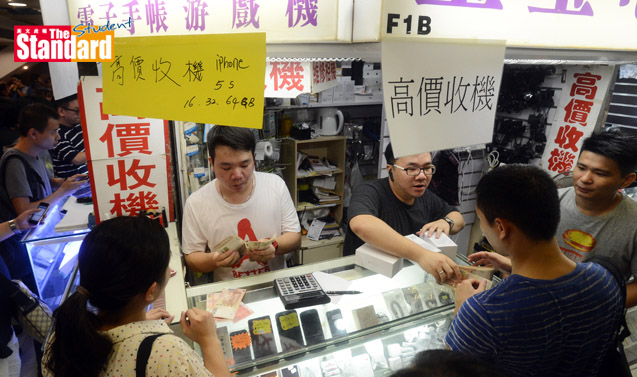 Hong Kong people love speculation. They speculate on everything – from first day covers, concert tickets, brand-name handbags to real property. Why are we so obsessed with speculation, and why is it bad?

WHENEVER a new smartphone comes onto the market, we see people lining up outside retail outlets, even camping out overnight in many cases.

Some of these are end users eager to get their hands on the latest gadgets. But many are ‘speculators’ buying just to sell for a quick profit.

HSBC recently sold 150th-anniversary commemorative banknotes at HK$380. Soon, speculators were offering them at HK$800 apiece. No doubt, speculative activities are rampant among the locals.

The speculation mentality
SPECULATION has been described as “an activity in which someone buys and sells things in the hope of making a large profit, but with the risk of a large loss.” But what some call speculation others would see as investment, or doing business. It may not be easy to draw a clear line.

One thing certain about speculation is that people see it as a way to make quick money.

Working hard and saving up is no longer seen as the route to a better life. Instead, people believe in seizing every opportunity to make a quick buck!

The mainland factor
PEOPLE speculate only if they can find buyers and make a profit. The rising affluence of the mainland has poured fuel on Hong Kong’s speculation fire.

While the mainland has grown into an economic superpower, its control on the import of goods remains strict and many products are not easily available there.

So they can only buy them through other channels from Hong Kong, where speculators are making a big profit from the price difference.

For example, the Apple Watch is priced at the equivalent of between HK$5,230 and HK$5,730 apiece. That is about HK$1,000 higher than the price for the same product here. The price difference is even greater for Apple Watch Edition, the most expensive model in the line – up to HK$30,000.

To speculators, the mainland is a huge market for their goods.

No laughing matter
WHAT is wrong with the desire to make money? After all, who does not like money?

If speculators are facing high risk, so be it. How would it harm society if someone lost some money on speculation?

That might be true for non-essential and small items like phones or concert tickets. But speculation on residential properties could wreak havoc on society.

Speculation could create a housing bubble. When it bursts, the backlash could bring down banks, ruin economies and even bankrupt countries.

That was what happened to the world in the 2008 financial tsunami and the Asian financial turmoil in 1997.

That is why the government has been taking measures to keep speculation on residential properties in check.

Conclusion
IN an article in The Atlantic, the writer Samuel Spring called speculation “a necessary and a beneficent human instinct gone wrong”.

So long as we have a free capitalistic system, he argued, people will have the “eagerness to profit personally.” That article was published in 1931.

So speculation is actually not peculiar to Hong Kong, nor is it a recent phenomenon.

Speculation is generally not against the law. But does it mean that we should all jump on the bandwagon? That is a question we should take some time to ponder.