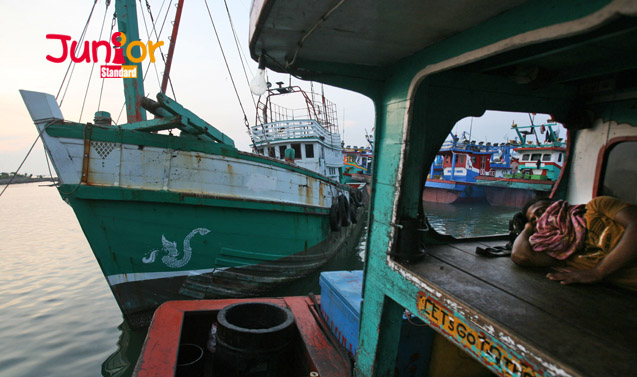 THOUSANDS of refugees are dying on boats in Asia (亞洲). Fortunately, some countries are beginning to help.

Malaysia (馬來西亞 ) and Indonesia (印尼) said last Wednesday they would offer shelter to 7,000 ‘boat people’ adrift at sea in rickety boats but made clear their assistance was temporary and they would take no more.

More than 3,000 migrants have landed so far this month in Malaysia and Indonesia. Together with Thailand (泰國), they have pushed away many boats that approached their shores despite appeals from the United Nations (聯合國) to take them in.

In a joint statement in Kuala Lumpur (吉隆坡), Malaysia and Indonesia said that the international community also had a responsibility to help deal with the crisis.

The migrants are mostly Rohingya (羅興亞人) Muslims (伊斯蘭教徒) from Burma (緬甸) and Bangladeshis (孟加拉人) ─ men, women and children who fled persecution and poverty at home or were abducted by traffickers, and now face sickness and starvation at sea.

“What we have clearly stated is that we will take in only those people in the high sea,” Malaysian (馬來西亞的) Foreign Minister Anifah Aman (阿尼法) said.

“But under no circumstances would we be expected to take each one of them if there is an influx of others.” Both countries said they would offer “resettlement and repatriation”, a process that would be “done in a year by the international community”.