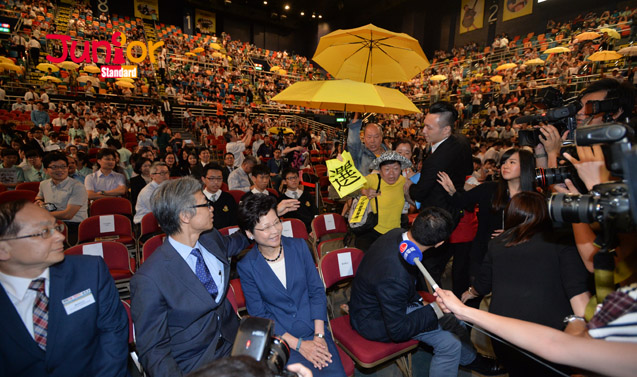 In Beijing (北京), Police Commissioner (警務處處長 ) Stephen Lo Wai-chung (盧偉聰 ) said, “Any citizen or any group, if necessary, can report to the police. We will stick to the principle of fairness and political impartiality in handling all cases.”

The statement said the group will take legal action to seek compensation. The other statement was an apology to students, parents, teachers, school principals, award presenters and the judges and a promise of better security in the future.