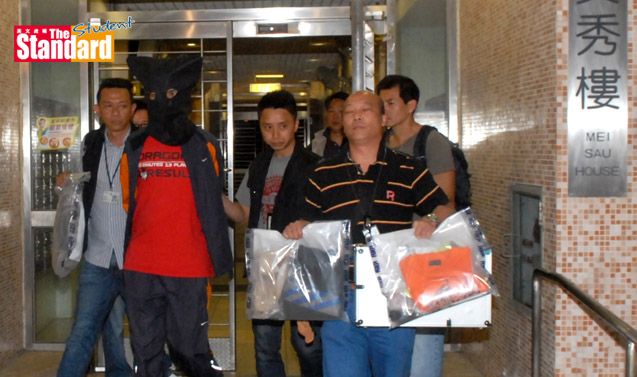 POLICE apologised late on Tuesday night to an autistic suspect wrongfully arrested over the death of an elderly man.

They also apologised to his family for their “unpleasant experience” during the investigation.

A spokesman said police have an obligation to clear any doubts before reaching a decision in any investigation.

He stressed that police are expected to provide sufficient protection to any person suffering from any mental disorder.

“As a result of this case, police will review procedures on how to handle such people during the course of investigations,” the spokesman said.

Earlier, a senior officer had asked the man’s family to “move on” from the incident.

Speaking on a radio programme on Tuesday, New Territories South (新界南) regional commander Nelson Lui Hon-kwok (呂漢國) said the force is reviewing its procedures in its handling of the case.

He sent his blesssing to the family of the 30-year-old man, surnamed Au, but stopped short of an apology.

The programme host replied that the family does not want a “blessing” but an official apology from the police.

“After the completion of the review, we will see if anything can be improved,” Lui said.

He added police would admit wrongdoing in the case if any was proven, but they needed time to carry out a comprehensive review.

Meanwhile, 21 lawmakers on Tuesday signed a joint letter to the police commissioner demanding he issue an apology.

Officers arrested Au on 2 May and laid a holding charge of manslaughter against him after two days in detention. They later dropped the charge after confirming his alibi of being in Tuen Mun (屯門) at the time of the alleged murder of 73-year-old Ng Lik-kang (吳力更) on 13 April in Sha Tin (沙田).

Ng was found unconscious after being punched to the ground at a basketball court at Mei Lam Estate (美林.), Sha Tin.

He was rushed to Prince of Wales Hospital (威爾斯親王醫院), but was certified dead the same day.