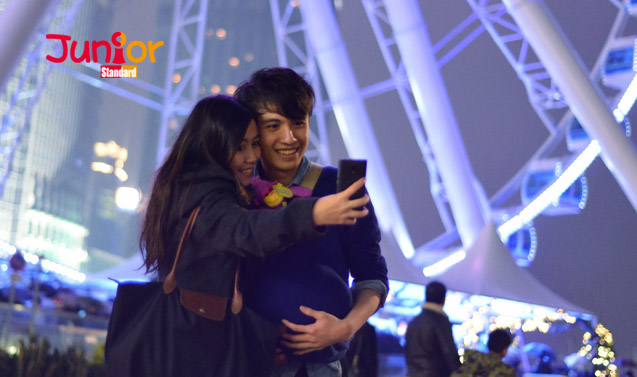 HONGKONGERS have the least expressive smiles in the world.

Psychologists at the University of Wiscon-sin-Madison (威斯康辛大學麥迪遜分校) in the United States (美國) and Cardiff University (卡迪夫大學) in Wales (威爾斯) have found that countries with higher levels of immigration tend to use facial expressions more as a com-munication tool to express their feelings.Coun-tries with greater immigration in the past 500 years ─ including Canada (加拿大), the US and Australia (澳洲) ─ are more likely to interpret smiles as being happy or friendly.

The researchers came up with an index of most expressive smiles, with scores ranging between zero and one, with the latter being the most expressive.

Zimbabwe (津巴布韋) was ranked number one, followed by Canada, the US and Australia, which all scored above 0.5.

Hong Kong ─ which only scored 0.399 ─ was last and was the only place with a score lower than 0.4.The mainland scored 0.471. The psychologists first analysed the expressions of 5,000 people from 32 places by subjecting them to different social situa-tions. Japan (日本) was the country with the least ‘genuine’ smiles ─ with smiling often associated with hiding displeasure.

Psychologist Paula Niedenthal of the University of Wisconsin-Madison said that long-term migration might play a role in social behaviour. “We think an absence of shared language and shared culture would push peo-ple towards greater non-verbal expression of emotion,” she said.