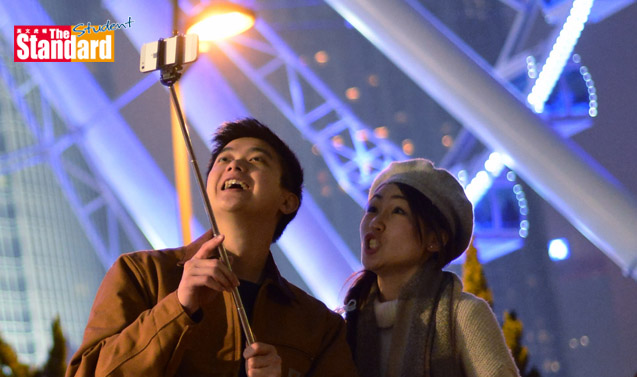 HONGKONGERS have the least expressive smiles in the world.

Research by psychologists at the University of Wisconsin-Madison (威斯康辛大學) in the United States and Cardiff University (卡迪夫大學) in Wales (威爾斯) has found that countries with higher levels of immigration tend to use facial expressions more as a communication tool to express their feelings.

Countries with greater immigration in the past 500 years – including Canada (加拿大), the US and Australia (澳洲) – are more likely to interpret smiles as being happy or friendly.

The researchers came up with an index of most expressive smiles, with scores ranging between zero and one, with the latter being the most expressive.

Zimbabwe (津巴布韋) was ranked number one, followed by Canada, the US and Australia, which all scored above 0.5.

The psychologists first analysed the expressions of 5,000 people from 32 places by subjecting them to different social situations. These included asking them to respond emotionally if they were happy with a friend in public or upset with a female professor in her office.

Then researchers concentrated on the smile by conducting a new study for 726 people in nine countries. Hong Kong was followed by Indonesia (印尼), Bangladesh (孟加拉國), Russia (俄羅斯) and Switzerland (瑞士).

But Japan (日本) was the country with the least ‘genuine’ smiles – with smiling often associated with hiding displeasure.

Psychologist Paula Niedenthal (尼登塔爾) of the University of Wisconsin-Madison said that long-term migration might play a role in social behaviour.

“We think an absence of shared language and shared culture would push people toward greater non-verbal expression of emotion,” she said.

During the research, published in the journal Proceedings of the National Academy of Sciences (美國國家科學院院刊), an index was set up describing a place’s migration history.

Canada scored 63, meaning its population has come from 63 countries in the past 500 years, while the US scored 83.

By contrast, Hong Kong scored three, while the mainland and Japan both scored one.