Living under a smog blanket 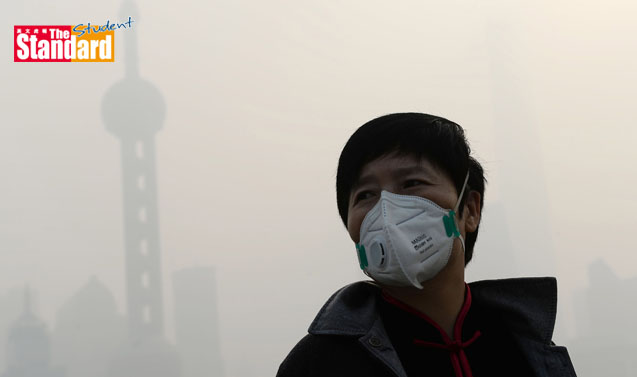 The poor air quality in China is not merely an environmental issue. The fog and smog have brought about health problems as well as dreadful effects on its economy and international image

TELEVISION reporter Chai Jing’s (柴靜) documentary Under the Dome (穹頂之下) publicised catastrophic air pollution in the mainland. The report attracted tens of millions of views on the web before being ordered to be taken off major mainland video websites. So just how bad is air quality in the mainland?

Effects of fog and smog
Quality of life
CHINA Meteorological Administration (中國氣象局) figures show that the days of fog and smog in 2013 nationwide reached 29.9 days. That was the highest level in 52 years. Over 100 medium and big cities in 25 provinces were affected.

Fog and smog harm the respiratory, central nervous and cardiovascular systems of the human body and increase the risk of lung cancer. The World Health Organization (WHO, 世界衛生組織) says outdoor air pollution caused 1.2 million premature deaths in China in 2010.

Economy
ECONOMIC losses, in terms of the cost of illnesses, equal about 1.2 percent of the nation’s GDP annually. Loss of manpower and medical expenses caused by air pollution in 2005 were six times that of three decades ago.

The blind pursuit of growth has increased the mainland’s reliance on coal burning as an energy source. Smoke emitted from high-energy consumption industries has become the main cause of fog and smog.

Competitiveness
THE Chinese Academy of Social Science (中國社會科學院) says “fog and smog” and “home prices” are the main factors affecting the “livability” of a city.

Cities such as Beijing (北京) and Tianjin (天津) have low livability ranking as they are heavily affected by fog and smog.

Foreign talents are reluctant to go to work in the mainland because of poor air quality. Multinational companies in the mainland therefore have to offer higher salaries and better medical benefits to recruit from overseas.

Beijing is also on the global tourist warning list because of its air pollution. The number of people going to China to work or for sightseeing has also dropped.

International image
SOUTH Koreans are blaming China for being the source of smog affecting their country.

The Korean government says it had to increase its anti-smog budget by six times for this reason. Some officials there are proposing to claim compensation from China.

Drastic measures were taken to combat air pollution in Beijing during the APEC conference period.

Polluting operations in the vicinity of the venue were suspended, cars were allowed to use the roads only on alternate days, and the bulk of public bus services were stopped. Schools were also closed.

These measures were the strongest taken by the capital to combat air pollution since the Olympic Games. The results were clear and immediate. The city saw blue sky again, and the people fondly called it “APEC blue”.

Remedies
LIAONING (遼寧省) imposed a pollution penalty at the city level, and eight cities that failed to reach air quality standards were fined a total of 50 million yuan (HK$62m).

The fines are ultimately paid by polluting companies, and are used for combating pollution. However, some fear that after paying the fines, the polluting companies might feel that they can continue to pollute with a “clear conscience”.

Another remedy is to develop renewable energy sources. This has been a policy focus for developing and developed countries alike in recent years. Apart from reducing pollution, viable alternative energy sources could also ensure stable long-term energy supply. This would shield the economy from the debilitating effects of oil price fluctuations.

A large part of these particles comes from burning coal, petroleum or solid waste. Another major source is old vehicles not fitted with pollution abating devices.

Yet, the mainland still relies heavily – 65 percent – on coal-burning as an energy source.

December 2013 figures show that the number of vehicles in the mainland has reached 250 million, second only to the US.