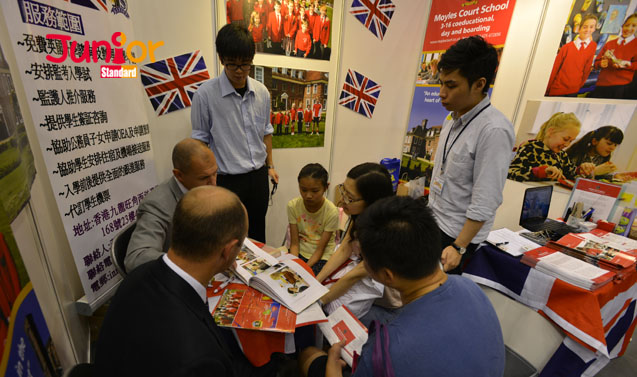 HONG KONG has 56,000 people with liquid assets of more than HK$10 million — and most are worried about their children’s education, a survey has found.

A majority of the affluent prefer to live in the SAR now and also after they retire. But due to their acute disappointment with the local education system, they have made alternative plans for their children.

Citibank polled 3,419 adults aged between 21 to 79 from last September to February this year and found that there is roughly one multi-millionaire for every 10 adults in Hong Kong.

About 40 percent of the rich have little faith in the school system, the survey found. And 57 percent have either sent their children to international schools or overseas to study.

EK Immigration Consulting (景鴻移民顧問) founder Eddie Kwan King-hung (關景鴻) said more parents are sending their children abroad to study and it is possible they want to join their children. Taiwan is now the third most popular destination after Canada and the UK, he added.

Meanwhile, about one in ten Hongkongers, or 701,000, have liquid assets of more than HK$1 million, similar to the figure from the 2013 survey.