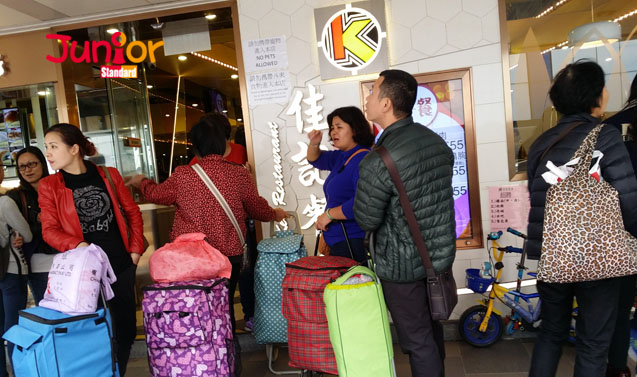 SUN Hung Kai Properties (SHKP, 新鴻基地產 ) confirmed on Sunday it is joining hands with Henderson Land (恒基兆業地產) to provide an area for a mainlander-targeted shopping project near the Hong Kong-Shenzhen (深圳) border.

And because the idea is for rows of ‘shops’ assembled from shipping containers on car park spaces, it could be in business in time for the October Golden Week (「黃金周」 ) holiday rush from the mainland.

SHKP executive director Adam Kwok Kai-fai (郭基輝) said the retailing centre would allow mainlanders to buy goods without heading into the city or swamping New Territories towns. “We and Henderson Land hope to see a larger, permanent mall with a wide range of products available,” he added. “This is the long-term solution.”

A 420,000-square-foot site owned by Henderson Land and SHKP in Yuen Long (元朗) near the Lok Ma Chau (落馬洲) checkpoint is the place in focus. Kwok said the two firms would provide the land at a nominal HK$1 rent for a non-profit foundation that would run the project in the interests of all.

According to Legislator Wong Ting-Kwong (黃定光) who represents the import-export sector, tenants would likely pay HK$60-HK$80 monthly for each square foot – a tiny fraction of rents for a regular shop.

But Ronald Leung Kam-shing (梁金成), a spokesman for the North District Parallel Imports Concern Group (北區水貨客關注組 ), said, “The problem will not go away as the project is in Hong Kong.”