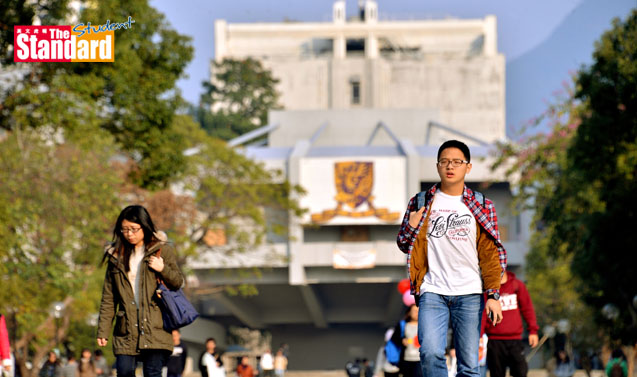 THE Times Higher Education (泰晤士高等教育) magazine has defended its world reputation rankings that saw Hong Kong’s standing among the world’s 100 most prestigious universities taking a knock.

The survey was conducted between November 2014 and January this year, at a time when global attention was focused on the 79-day Occupy Central (佔領中環 ) movement in Hong Kong, which ran from September to December last year.

Stephanie Weekes, for The Times Higher Education rankings, said, “We can only speculate as to why fewer scholars are naming Hong Kong’s universities as being among the best in the world for teaching and research this year.

HKU and HKUST are both outstanding institutions with strong global status.

“However, the world’s leading universities are usually considered to be bastions of free speech and institutional autonomy, and it could therefore be suggested that the worldwide attention brought to Hong Kong during these events has perhaps influenced people’s views.”

In this year’s ranking, the US has 43 institutions in the top 100 and the UK has 12, while Japan, Hong Kong, China and Singapore each have two.

Harvard University (哈佛大學) continued to top the list with an overall score of 100. University of Cambridge (劍橋大學) ranked second (84.3) and University of Oxford (牛津大學 ) third (80.4).

According to the magazine, the top 100 universities by reputation are listed, but only the top 50 were ranked because the differentials between institutions after that point become very narrow.

The reputation ranking, in its fifth year, is a spin-off of the annual Times Higher Education World University Rankings.