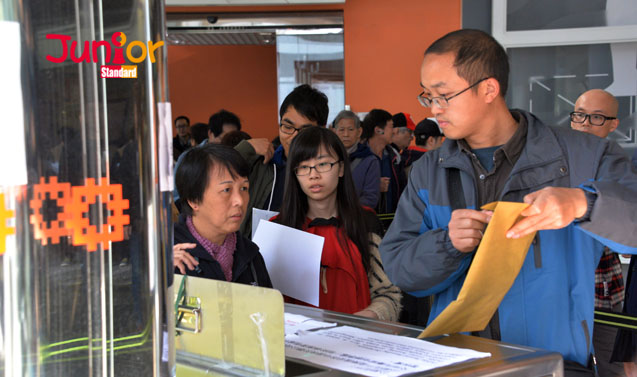 Young adults were among those who flocked to the authority’s customer service centre in Lok Fu (樂富) to hand in their application forms by Monday’s deadline. The queue was as long as 1 kilometre.

A student, surnamed Wan, said he is applying as “it costs a lot to rent a flat in Hong Kong”. A would-be college student, surnamed So, said his parents encouraged him to apply and would help him with the down payment.

Property developers said late last year that private flats costing less than HK$3 million are increasingly becoming a thing of the past in the west New Territories (新界).

In a report published last August, the Chinese University of Hong Kong (CUHK, 香港中文大學) estimated an average resident needs to save for at least 14 years to afford a 400-square-foot home in Kowloon (九龍).