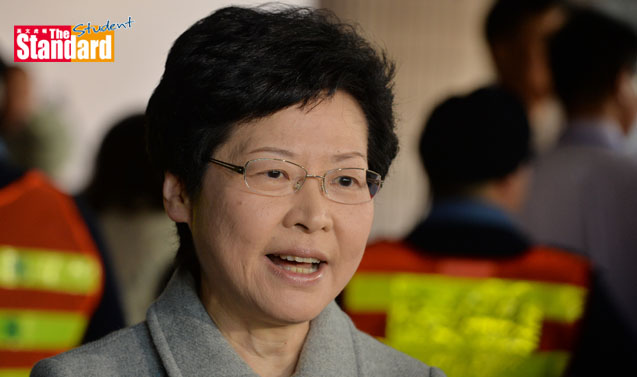 CHIEF executive hopefuls will each have to secure at least 150 nominations or one-eighth of the Nominating Committee (提名委員會) in the initial stage of the nomination process for the 2017 election, under a government proposal.

But they will still have to get at least half, or 600 votes, from the 1,200-strong committee to run officially as candidates.

The government proposed the nomination bar in the second round of public consultation launched on Wednesday by the political reform task force led by Chief Secretary (政務司司長) Carrie Lam Cheng Yuet-ngor (林鄭月娥).

The National People’s Congress Standing Committee (全國人大常委會) on 31 August last year laid down that candidates need to obtain the support of at least half the Nominating Committee members to contest the 2017 chief executive election. The government is also expected to propose three options on how members will nominate candidates.

One option is for each member to have multiple votes for three potential candidates.

Meanwhile, Secretary for Justice (律政司司長) Rimsky Yuen Kwok-keung (袁國強) again reiterated that discussions on political reform must be held in a “pragmatic and rational manner”.

Yuen added, “There is still room for enhancing the competitiveness among candidates in the chief executive election and citizens’ participation in the election.”

He did not comment on a suggestion by University of Hong Kong (香港大學) legal academic Albert Chen Hung-yee (陳弘毅) for an interim chief executive if more than half of the voting public cast blank ballots in the 2017 election.

Former Democratic Party (民主黨) lawmaker Cheung Man-kwong (張文光) said Chen’s proposal still does not qualify as genuine universal suffrage. But Chinese University (中大) economics professor Sung Yun-wing (宋恩榮) said it is a lawful arrangement and if voters are dissatisfied with all candidates, they could veto them and the effect would be similar to a civil referendum.