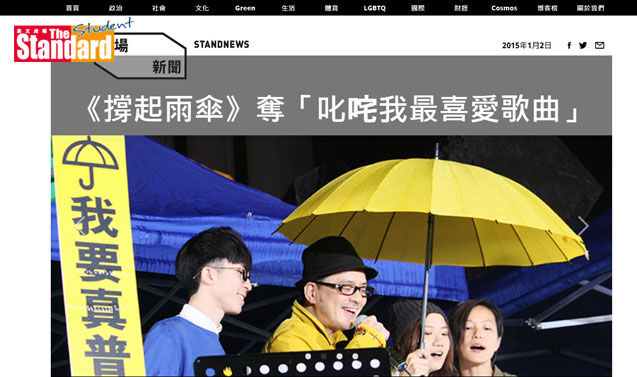 A charter for the website calls for editorial independence and for it to be a non-profit-making organisation, although it will accept public donations without preconditions.

The three conveners are Tsoi, Yee and Chung Pui-kuen (鍾沛權), who do not have the right to transfer company shares.

The Stand News web page did not have any posts on its launch other than ‘Coming soon’ and its logo.

Its Facebook page said the launch speech that had been posted “disappeared suddenly”, and new articles may not be posted without knowing why owing to “management rights restrictions”. The page then showed a photo of the launch speech entitled ‘My home my stand’.

According to the speech, Stand News will not be beaten down and will not give up the dream of establishing media with both autonomy and independence.

It also said the biggest difference between House News and Stand News is that the latter is not controlled by anyone and can be sustainably developed.

The article stated contributors will express their views boldly as usual because they believe in the importance of independence. “Hong Kong is home for Hongkongers. Defending our home is a stand that we will never abandon,” it said.

Stand News will not share its profits, if there are any, but will use any surplus for media development.

Yee said earlier that to avoid a shutdown, as in the case of House News, and because of the likelihood of heavier pressure, there will be a reorganisation to strengthen the ability to fight suppression.

The relaunch follows the decision of Tsoi to resign as chief executive of Varitronix (精電) a week earlier.

The online news website will allow netizens to post commentaries, and it will also provide news coverage.