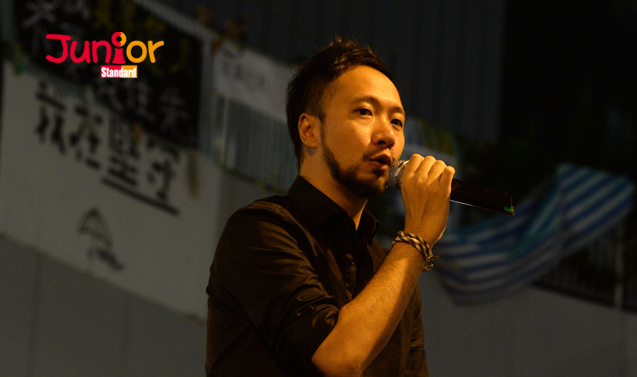 A brief police statement said the officers had been arrested for alleged assault causing actual bodily harm, adding that the force had not delayed its handling of the case. Tsang did not appear for an identification parade scheduled for last Thursday.

“The complaint is being handled by the Special Investigation Team (專責特別調查隊) of the Complaints Against Police Office (投訴警察課) in a criminal investigation. Collection of evidence and investigation of the case is ongoing,” a police spokesman said.

“Police will seek advice from the Department of Justice (律政司) when the investigation is completed.”

The seven, who had earlier been suspended from duty, comprise two inspectors and five junior officers. On 15 October, a video clip aired by TVB (無.電視) sparked public outrage at the alleged abuse of police power when tackling Occupy Central (佔領中環) protesters.

The footage showed social worker Tsang handcuffed and escorted by seven officers from Lung Wo Road in Tamar (添馬). Tsang was taken to a dark, secluded corner of Tamar Park (添馬公園), where he was allegedly kicked and beaten for about four minutes after being pushed to the ground.