Nathan Road up and running 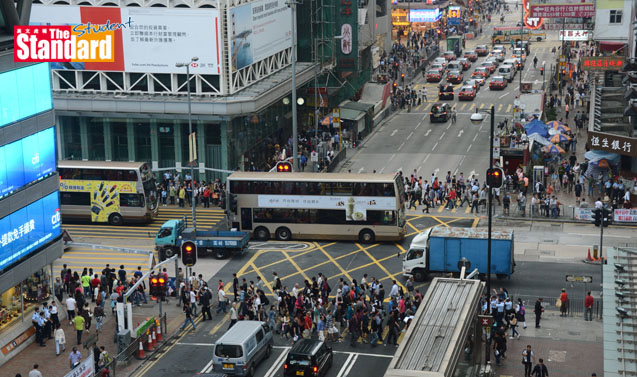 THE hustle and bustle returned to Mong Kok (旺角 ) on Wednesday as traffic flowed and shops did brisk business, after all six lanes of the occupied section of Nathan Road (彌敦道) were reopened.

But tensions lingered overnight as more than 1,000 people flooded back into Mong Kok in the hours following the clearance.

Activists scuffled with police as they tried to return to the area, especially in Sai Yeung Choi Street (西洋菜街).

At around 8.30pm, activists pushed against police lines and officers struggled to keep them off the road, raising the red flag at one point.

Shops were forced to close their doors as several activists were pushed and pinned to the ground by police, with some arrested and taken away.

Many were seen injured on the floor as police used batons to force them off the road.

A man with blood streaming from his head accused police of beating him with a baton.

For a brief time the southbound lanes of Nathan Road were closed to traffic but were reopened later.

Many of the activists in Mong Kok last night insisted they were only following Chief Executive (行政長官) Leung Chun-ying’s (梁振英) call for people to go shopping in the district to support businesses and workers.

Citizens, tourists and office workers strolled along the road last night. Queues of bus passengers also appeared for the first time in 59 days.

A shopkeeper at a pharmacy, surnamed Cheung, said he supported the reopening of the road as business had dropped 30 percent.

He hopes the clearance will improve the situation.