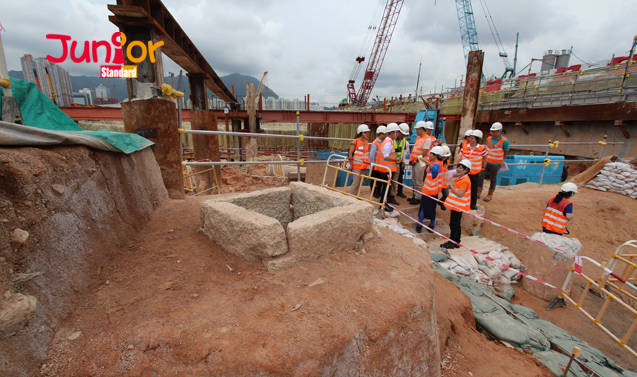 PRESERVING three ancient wells at the To Kwa Wan (土瓜灣) station of the MTR’s (港鐵) Sha Tin (沙田) to Central (中環) link will cost a staggering HK$5.4 billion more, it was revealed. That is equivalent to one million Hongkongers living in poverty getting a government subsidy of HK$5,400 each.

So far, measures to protect the Song Dynasty (宋朝) wells and building structures uncovered during the construction of the MTR link have cost about HK$3.1 billion and delayed the project by 15 months.

The in-situ preservation of the archaeological find is estimated to cost a further HK$1 billion.

Four options on how to handle one of the three wells have been presented, with the additional costs ranging from HK$10 million to HK$1.3 billion. Added together, the total additional cost could reach HK$5.4 billion, sources said.

Analysts said it is necessary for the government to assess if the wells are worth preserving from an archaeological perspective. Mainland archaeological expert Liu Wensuo (劉文鎖) suggested moving the well elsewhere and rebuilding the structure, similar to some historical sites in China.

But Hong Kong University of Science and Technology (香港科技大學) professor Billy So Kee-long (蘇基朗 ) said the preservation of historical sites is very important and he supports permanently preserving the site.