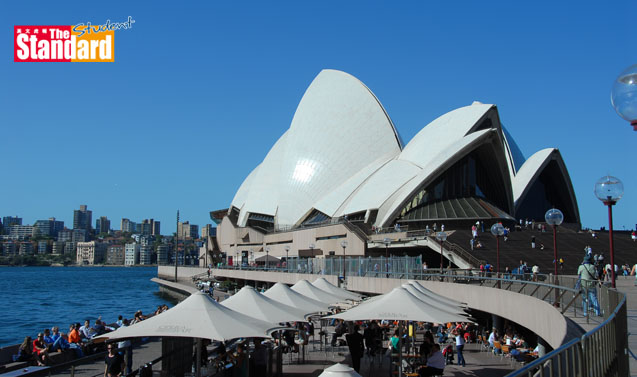 G20 leaders representing the bulk of the world’s economy committed to reform measures to lift their collective growth by an extra 2.1 percent by 2018, despite evidence of a slowdown in some major nations.

The pledge, known as the Brisbane Action Plan, will push their combined growth beyond the 2 percent they were initially targeting in the drive to rehabilitate sluggish global economies and generate jobs.

“This will add more than US$2 trillion (HK$15.6 trillion) to the global economy and create millions of jobs,” leaders including US President Barack Obama said in a summit declaration after talks in Australia (澳洲).

The communique also agreed to a global initiative to help address a US$70 trillion gap in infrastructure needed by 2030 to improve productivity, by cutting red tape and matching private investment with capital projects.

A hub to coordinate the G20’s work on infrastructure by bringing together governments, the private sector, multinational development banks and other international organisations will be headquartered in Sydney (悉尼).

The world’s most powerful industrial economies also backed a global crackdown on tax avoidance by multinational firms, while stressing the importance of energy security to hit the growth goals.

“The benefits of that growth will be felt worldwide, not just in G20 member nations,” the Australian host, Prime Minister Tony Abbott, said of the 2.1 percent target. “The Brisbane Action Plan and individual country growth strategies and employment plans have been made public so people around the world can see our commitments, hold us to account and witness our progress.”

World Bank chief Jim Young Kim said higher and more inclusive growth was essential to cut poverty and reduce inequality, welcoming the commitments as “a much-needed boost to G20 countries and beyond”.

Oxfam chief executive Winnie Byanyima agreed that boosting growth must improve the living conditions of poorer families and reduce inequality, rather than simply benefit the rich.

“While we welcome the G20’s continued commitment to inclusive and sustainable growth, it must be followed up with actions to ensure the bottom 40 percent benefit more than the top 10 percent,” she said.