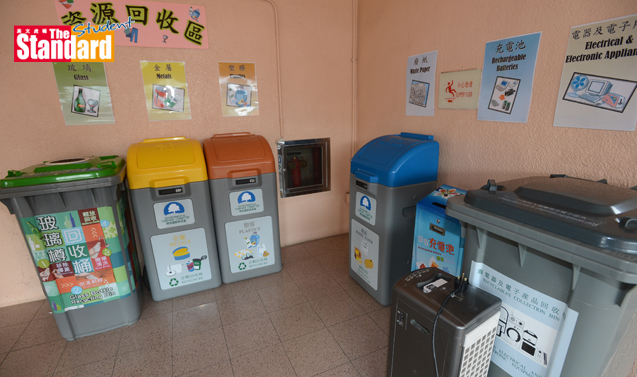 Disposing of municipal solid waste (MSW) in Hong Kong is a serious problem. According to statistics, the government estimates 9,000 tons of MSW are sent to landfills every day and the situation continues to worsen. To deal with the situation, the government has proposed charging to show how important it is to reduce waste.

Pay as you throw (PAYT)
PAY as you throw (PAYT) programmes began in the US during the 1970s, although there was a pioneer scheme in operation in San Francisco by 1932. In Europe, Austria was first. Most other European countries had PAYT by the 1980s when efficient and secure electronic identification systems became available. Policy in Britain varies. PAYT has been implemented in some mainland cities and in Singapore, South Korea,Thailand,Vietnam and Taiwan, but the burden carried by households around Asia varies.

Guangzhou residents pay 15 yuan (approx HK$19) a month per household for waste disposal, and charging for waste disposal according to the number of rubbish bags used began in July 2012. Government-made bags are collected from distribution points and the filled bags are taken away by refuse collection trucks. Every household gets 60 bags per month and more can be bought for 0.5 yuan. The bags even have anti-counterfeiting marks, along with serial numbers, so that they can be matched to individual households.

Seoul householders have been taking filled pre-paid rubbish bags to designated collection points for disposal since 1995. Bag capacity ranges from 2 to 100 litres and the price of bags varies accordingly at roughly 16.5 Korean won (HK$0.11) per litre. In Hong Kong, there has been a charge for disposing of demolition waste since 2006, but no charges are made for commercial, household or industrial waste disposal. About 13,400 tonnes of waste are collected and sent to landfills every day. About 67 percent of it is municipal solid waste. That is enough to fill at least four Olympic-sized swimming pools. It obviously cannot continue, and the government’s Blueprint for Sustainable Use of Resources 2013-2022 has set targets to reduce percapita disposal rates at source by 20 percent in 2017 and 40 percent by 2022.

Various charging levels have been suggested, including basing charges on levels used in other counties or cities (see box above). The public consultation period on the topic ended in January.

Decision-making
FINDING a solution to our waste problem is of paramount importance and discussions between all stakeholders need to take place. Then the best fit in environmental policy can be identified and implemented. The underlying message behind MSW charging is to think before you buy and share non-necessities.

Waste charging is not intended as a punishment. Rather, it is meant to show how important it is to reduce waste while providing an economic incentive for behavioural change. The most desirable outcome would be a more sustainable lifestyle and less use of disposable non-essentials. In other words, if you use less and waste less, in the end you will pay less.
Read more at http://youthhongkong.hkfyg.org.hk/v6n1.php