A tree of problems 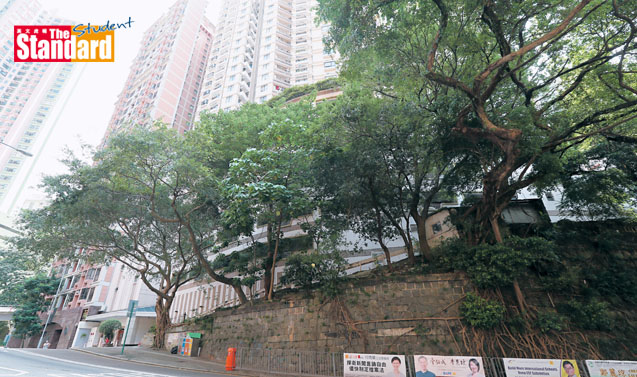 City dwellers love trees, probably because there are so few of them in the ‘jungle’ where they live, which is of the concrete kind. Trees beautify the environment and help freshen up mucky city air. But does the attention and effort we put into maintaining trees match our affection for them?

CITY living comes with many conveniences, but also many downsides, including having to endure toxic air as well as noise and light pollution. That is why we put parks in city centres, and plant trees alongside roads. The lawns, flowers and trees give us a feeling of getting back to nature.

Apart from their aesthetic value, trees also improve air quality. But we seldom spare a thought for them until something bad happens – usually in the nature of tree kills people, or people kill tree.

Tree kills people
TREES can cause havoc from time to time. Just look at the fallen branches that are strewn across our roads and choke up traffic after a typhoon. Sometimes, heavy branches or even entire trees fall without warning, causing injuries or even fatalities.

The most recent incident was particularly tragic as the 37-year-old victim was pregnant. She was walking along Robinson Road in Mid-Levels when a 15-metre-tall tree fell on her. She died, while her baby was delivered afterwards and survived.

Such accidents seem to have struck rather regularly in the past few years:

‧ In 2012, five pedestrians were injured when a banyan collapsed in one of Tsim Sha Tsui’s busiest shopping areas.

Trees lack proper care?
ARE these accidents inevitable, or have we been failing to properly maintain the health of our trees?

A university professor said the Indian oak in the Robinson Road incident was broken several times and had apparently not received proper care. Part of the soil over the roots was covered by concrete, and the trunk had turned black, a sign of serious fungal infection.

Even if the tree had been healthy, it might still have fallen as that kind of tree can grow to more than 10 metres tall in just a few years, so needed a location with deeper soil.

Ironically, the soil in Hong Kong is generally rather suitable for growing trees as it is made up of weathered granite, which is porous and has space for roots to grow.

Wrong tree in the wrong place
LACK of proper care is one cause of tree problems. Another one is that some kinds of trees are just not suitable for Hong Kong, or in the words of tree expert Sammy Au Wing-sum, “It’s not the right tree for the right place.”

Au, president of the China Arborist Association, noted half of the 1,500 different kinds of trees in Hong Kong are indigenous to the South China region, while the other half were introduced from other places.

Non-indigenous species of trees could alter local ecology, he said, and might not adapt well to the hot and wet conditions in Hong Kong. Some trees cannot stand the change of seasons, like teak trees, which do not survive Hong Kong winters, so are no longer planted here.

A host of problems
AU also pointed out many other tree maintenance problems in Hong Kong.

Almost all trees that line the side of the roads have the expansion of their root system hindered by concrete road surfaces. There is also a general lack of head room for foliage to spread and grow.

Some trees were seen growing into overhead shop signs or street lights, while trees in the countryside often have their protruding branches knocked off by passing doubledecker buses.

Regular pruning is required to keep a tree healthy, Au said, but the job is often entrusted to unqualified workers, resulting in problems such as over pruning.

People kill trees
WE should also be reminded of the importance of trees when human activities threaten ‘important’ trees, such as the ‘Wishing Trees’ near the Tin Hau temple in Lam Tsuen, Tai Po.

For decades, people threw joss papers packs into the branches of the two banyan trees to make wishes, believing that the higher the packages land, the greater the chance of their wish coming true. Worshippers also burned joss sticks at the bottom of the trees.

It was not until branches fell off causing injuries in 2005 that people realised the trees had been badly harmed by these rituals. Remedial conservation measures have since improved the health of the trees.

There was also a huge controversy when the 23-metre-tall Norfolk Island pine at the Maryknoll Convent School, dubbed Ghost Pine, was removed in 2010 due to a danger of collapsing.

Comprehensive efforts needed
CLEARLY, the way we have been treating our trees leaves much to be desired. A comprehensive and coordinated system of tree management is required as a permanent solution. This should include stepping up maintenance of trees in public places, making it compulsory for private property owners to inspect and maintain trees regularly, with corresponding technical support and law enforcement.

There should also be public education on the importance of keeping our trees healthy.