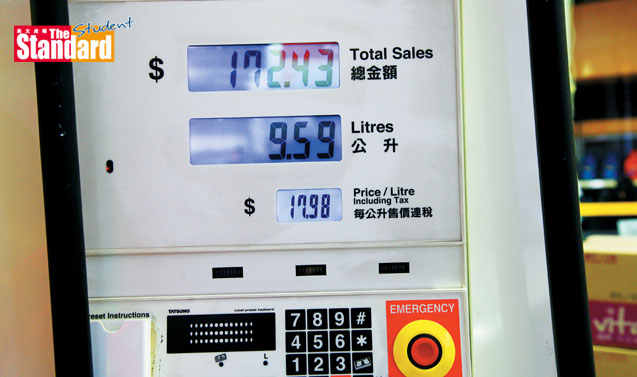 Prices were weighed down also by weaker-than-expected jobless claims data in the US, the world’s top oil consumer.

The Brent contract later stood at US$78.64, still down US$1.74 from the closing level on the previous day.

The Brent price was affected also by technical reasons as speculative traders sold off ahead of Thursday’s expiry of the December contract.

US benchmark West Texas Intermediate for December delivery meanwhile hit a three-year low of US$75.14 a barrel. It later traded at US$75.37, down a sizeable US$1.81 compared with Wednesday’s close.

Dealers largely expect the 12-nation Organization of Petroleum Exporting Countries (Opec) to decide against reducing output to stem a global glut, in part caused by a flood of oil being extracted from shale rock in the US.

Opec’s next meeting is set for 27 November in Vienna (維也納), home to the cartel’s headquarters.

“Talk of a price war is a sign of misunderstanding – deliberate or otherwise – and has no basis in reality,” Ali Al-Naimi told a conference in Acapulco, according to the released text of his speech.

European benchmark Brent had peaked at US$115.71 in mid-June, but has since collapsed by more than 30 percent in value on the back of abundant supplies, tepid demand and the strong dollar.

“Brent is coming under pressure mainly because of concerns that Opec will decide against cutting its production quota at the cartel’s next meeting,” said Fawad Razaqzada|, technical analyst at trading group Forex.c