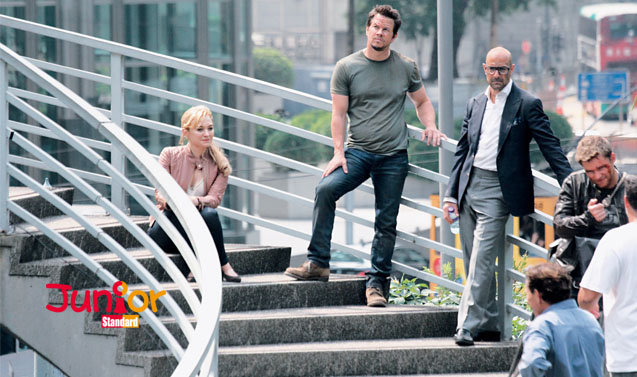 THE Hong Kong Convention and Exhibition Centre (HKCEC, 香港會議展覽中心) explodes into pieces and a Star Ferry (天星小輪) gets blown into the sky.

Those two scenes appear in Transformers: Age of Extinction due to be released in June.

Director Michael Bay said scenes shot in and around Hong Kong make up at least 30 minutes of the two-hour movie.

In addition, there are also scenes featuring the Bank Of China building (中國銀行大廈) and several small and narrow streets in Sham Shui Po (深水). A number of fights take place in the corridors of old buildings.

Bay revealed in other reports that Hong Kong is a turning point in the battle. The blowing up of the HKCEC occurs when Transformers are battling it out as a starship hovers overhead.

According to the trailer, there is also a panoramic view of part of Hong Kong Island.

Transformers: Age of Extinction is the fourth in the franchise. It stars Mark Wahlberg, Nicola Peltz, Jack Reynor and Li Bingbing (李冰冰).

The filming made headlines in October when two brothers running an air-conditioner shop tried to extort money from the crew in Quarry Bay (魚涌). The brothers were eventually arrested and charged.