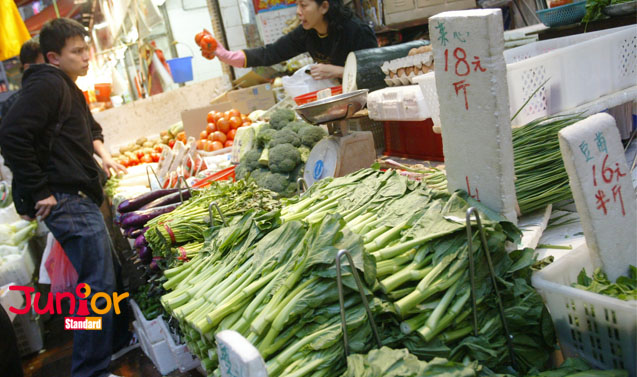 VEGETABLES imported from the mainland are safe to eat, but fewer than 20 percent of the stalls have certificates to prove they are selling organic produce.

The Hong Kong Organic Resource Centre (香港有機資源中心) said the heavy metal content in all 117 samples collected from various markets in December and January were within Hong Kong limits. Four exceeded limits set by the European Union (歐洲聯盟) and Australia (澳洲).

The centre said two of the four were Shanghai cabbages, one choi sum and the other broccoli. Samples were tested for eight heavy metals, including arsenic, chromium, cadmium, copper, lead, zinc and antimony.

Wong also said parents should let their children eat a variety of vegetables.

The survey also found that fewer than 20 percent of stalls claiming to sell organic vegetables actually have certificates of proof.

Wong advised people to ask if sellers have the certificate when buying organic vegetables.

Most tofu not c...
TOFU is generally considered a...