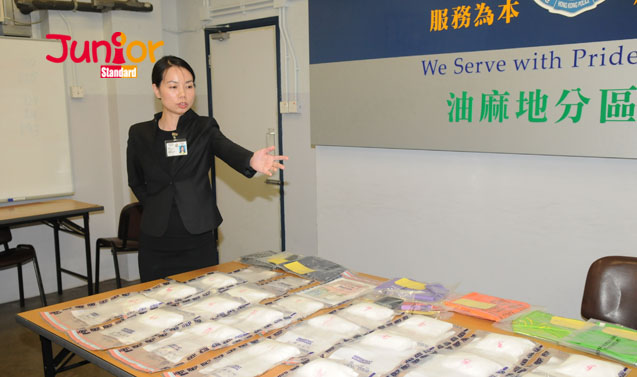 A BRITISH (英國的 ) 16-year-old secondary school student and her younger brother, along with a 17-year-old Croatian (克羅地亞的) female classmate, were detained on 4 November for allegedly selling cakes laced with cannabis at Tsing Yi Sports Ground (青衣運動場) the previous day.

No charges have yet been laid against the three students of an international school in Tung Chung (東涌).

Police were called after a teacher spotted a WhatsApp message that some students were selling cannabis.

Officers said they found 27 cupcakes and brownies in the handbag of a British girl, who was arrested with her 15-year-old brother. Also arrested was a 17-year-old girl. Police said they received a tip-off from a 32-year-old foreign man, which led to the arrests.

They believe that up to 30 cakes had been sold before the arrests. It is alleged the 16-year-old girl bought a small quantity of cannabis from a foreign man in Central (中環) the day before making the cakes.

The school’s principal said the teacher had no choice but to tell police as the school has a strict policy against drugs.

The number of cannabis-related offences has declined in recent years. There were 203 arrests between January and August this year, a drop of 8.6 percent compared with the same period last year.