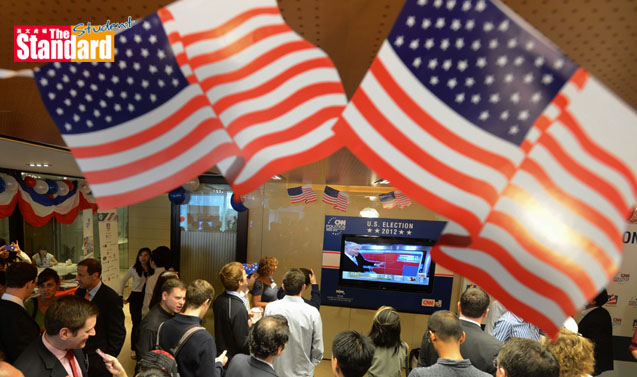 Earlier in the 12-14 November Burma stop, Obama will participate in a US-ASEAN Summit in Naypyidaw (內比都), where a bilateral meeting with Burma President Thein Sein is planned, the statement said.

Suu Kyi’s National League for Democracy party is favoured in legislative elections at the end of 2015, but the Burma constitution currently bars her from running for president.

Last month, the parliament agreed to consider changing the constitution to allow her candidacy.

Obama called the president last week to emphasise “the need for an inclusive and credible process for conducting the 2015 elections”.

The government has promised the vote next year will be the freest in the country’s modern history after the military ceded direct power to a quasi-civilian government three years ago.

Thein Sein has surprised the international community in recent years with a number of dramatic reforms that have seen international sanctions removed as Burma opens up to the rest of the world.

But the country still faces myriad challenges – including an opaque legal system, creaking infrastructure and significant poverty levels – that will need to be tackled by any new government after next year’s election.

Obama’s Asia trip will also include a stop in China from 10 to 12 November, where he is to participate in the Asia-Pacific Economic Cooperation (APEC) forum and make a state visit with President Xi Jinping (習近平).

And from 15 to 16 November, Obama will head to Australia for the G20 Leaders Summit and to deliver a speech on US leadership in the Asia-Pacific (亞太區).

Russian (俄羅斯 ) President Vladimir Putin, who has sparred with the West over Ukraine (烏克蘭 ), is among the leaders expected to be in Australia, but the White House has given no indication of a possible meeting between him and Obama.

They last met briefly in early June in France (法國) on the sidelines of the celebrations of the 70th anniversary of D-Day.