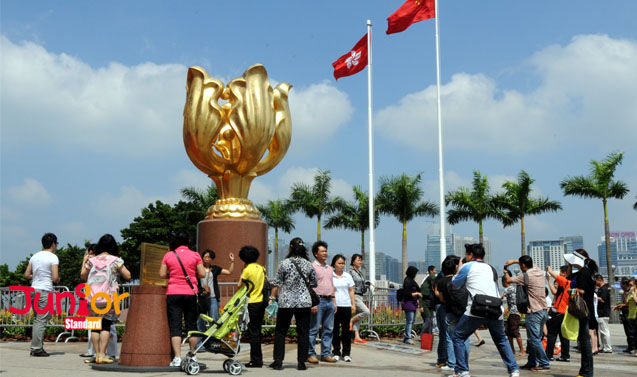 CHEAP travel shopping packages are still rampant despite being banned in the mainland since last year, according to an investigation by state broadcaster CCTV (中國中央電視台).

The investigation included a video clip of a mainland tourist who joined a trip to Hong Kong and Macau (澳門) being scolded by a tour guide after she did not buy anything.

“Why are you acting so high profile, not even buying anything? We work for the renminbi, not for Lei Feng (雷鋒),” screamed the tour guide from Zhuhai (珠海). Lei Feng was a Chinese soldier who died at the age of 21. He is considered a role model for citizens.

The Zhuhai guide’s colleague also yelled at the tourist, “You get out! I ask you to get out! You paid only 200 yuan (HK$250). What are you doing here?”

According to CCTV, each tour member had paid 220 yuan for a sponsored travel voucher worth 3,980 yuan. It was supposed to cover all meals, hotel, and entrance fees to scenic spots.

The reporter found the tourists spent 14 hours shopping and less than eight hours sightseeing. But when the visitors arrived at the scenic spots, they were also forced to shop. They were scolded if they did not spend any money on the tour.