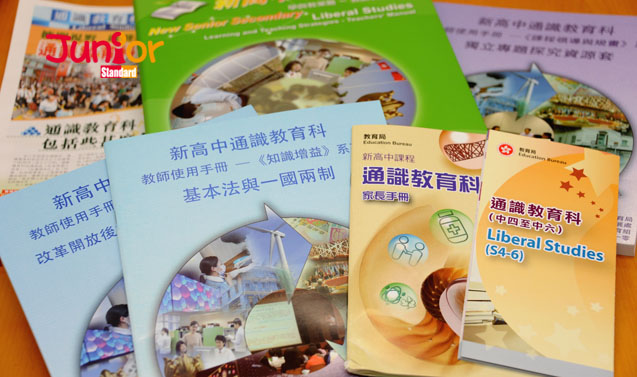 A ROW is brewing over a proposed revision of the Liberal Studies (通識) course in secondary schools.

According to one report, pro-establishment lawmakers met with Chief Executive Leung Chun-ying (梁振英) on 10 October during which they suggested the month-long Occupy Central (佔領中環) movement, which is largely led by students, was triggered by the subject.

The Democratic Alliance for the Betterment and Progress of Hong Kong’s (DAB, 民建聯) Tam Yiu-chung (譚耀宗) said he did not remember the details but “some people did mention this issue”.

Education sector lawmaker Ip Kin-yuen (葉建源) said if the report is correct, it would mean that politics was interfering with education and may force more people on to the streets.

It described the government’s silence on the meeting as an attempt to keep knowledge from the people.

The union suspects that the government initiated the change during this politically sensitive period so as to make politics override the professional review of the new curriculum.