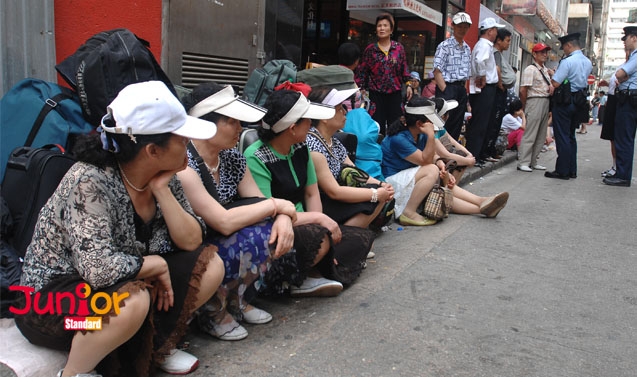 BEIJING and Hong Kong are studying how many tourists the city can handle each year.

The chairman of Hong Kong News Executives’ Association (新聞行政人員協會) quoted Hong Kong and Macao Affairs Offi ce director (國務院港澳事務辦公室主任) Wang Guangya (王光亞) as saying it is easier for conflicts to arise between Hongkongers and mainlanders. It is because both sides have more frequent contact than before.

Ronald Chiu Ying-chun (趙應春) added that Wang stated an adjustment [on the number of mainland visitors] may be necessary. Chiu said Wang did not give details on what the adjustment would be.

He quoted Wang as saying the central government will launch an education programme. It will teach mainland tourists how to act in a civilised way overseas and avoid anything that would affect the country’s image.

The influx of mainland visitors has raised concerns about overstretched tourism capacities and transport networks.