An honour for two neighbours 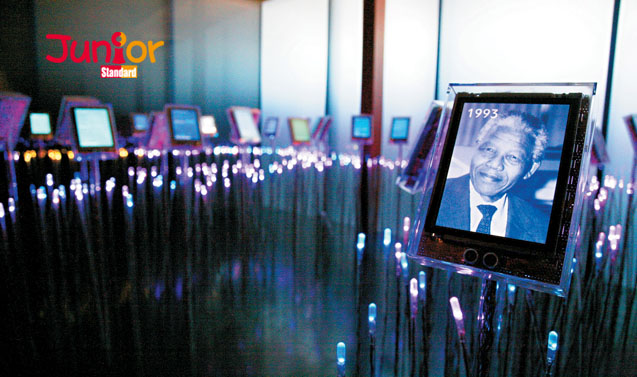 PAKISTANI (巴基斯坦的) teenager Malala Yousafzai (馬拉拉), who was shot in the head by the Taliban (塔利班) in 2012 for advocating girls’ right to education, and Kailash Satyarthi (薩蒂亞爾蒂), an Indian (印度的) campaigner against child trafficking and labour, won the 2014 Nobel Peace Prize (諾貝爾和平獎) on Friday.

Malala, 17, has become the youngest Nobel Prize winner and 60-year-old Satyarthi the first Indian-born winner of the accolade.

They were picked for their struggle against the oppression of children and young people, and for the right of all children to education, the Norwegian (挪威的 ) Nobel Committee (諾貝爾獎委員會) said.

The sharing of the award between an Indian (印度人) and a Pakistani (巴基斯坦人) came after a week of hostilities along the border of the disputed, mainly Muslim (伊斯蘭教的) region of Kashmir (克什米爾) – the worst fighting between the nuclear-armed rivals in more than a decade.

“The Nobel Committee regards it as an important point for a Hindu (印度教徒 ) and a Muslim (伊斯蘭教徒), an Indian and a Pakistani, to join in a common struggle for education and against extremism,” said Thorbjoern Jagland (亞格蘭), the head of the Norwegian Nobel Committee.

Satyarthi said he hoped to work with Malala for peace.