Is Hong Kong losing its shine? 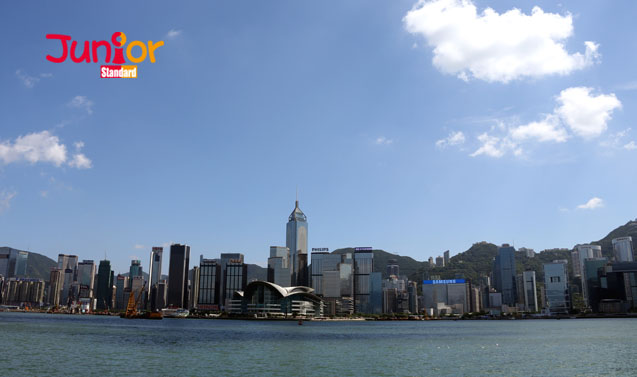 The Special Administrative Region has always been an Asian metropolis, and the people are proud of this image. But the city seems to be slipping in international rankings. It appears focus is shifting on what makes a city great

PLACES around the world are often ranked for how competitive they are or how well their economies and citizens are doing. Rankings affect the image of a city. This is a topic our officials talk about from time to time. Why is image so important?

THE image of a city affects its positioning and development. A good image will prompt a high rating. This would, in turn, attract foreign businesses, investors and immigrants.

Hong Kong is an international financial hub. It is a well known free trade centre with a simple and low tax system. We also have rule of law and the city is politically stable. But Hong Kong lacks natural resources, so the economy relies heavily on tourism and the financial sector. These two areas are linked closely to our international image.

A bad image will erode the confidence of investors and companies. Tourists will also lose interest in visiting. In other words, if we have a bad image, our economy will suffer.

HONG KONG’S competitiveness has been falling according to different indexes. The China Institute of City Competitiveness report published in July showed that Hong Kong fell one place to rank sixth among Chinese cities and provinces in comprehensive competitiveness in 2014.

The top five cities and provinces were, in descending order, Guangdong, Jiangsu, Shandong, Zhejiang and Shanghai. Hong Kong still ranked first for “business competitiveness” because we are still number one in international finance, foreign trade and global tourism. But other cities such as Beijing, Shanghai and Shenzhen are fast catching up.

HONG KONG society has become more politicised in recent years. There have been more rallies and protests on the streets, and the Occupy Central campaign has also been creating concerns.

Local business leaders shared the concern, fearing that the action would not only hinder businesses but affect all Hong Kong residents.

DESPITE some misgivings, Hong Kong’s overall international image remains to be positive and strong. Financial Secretary John Tsang Chun-wah noted in his Budget speech in February that Hong Kong ranked first in the Heritage Foundation’s Index of Economic Freedom – for the 20th consecutive year.

And for eight years in a row, we were ranked No. 1 by the World Bank for ease of paying tax, which helps foster an inviting business environment.

As CASS’s Center for City and Competitiveness director Ni Pengfei said, if Hong Kong people continued to exercise “enterprising spirit and pragmatism”, we would overcome difficult challenges and stay competitive.