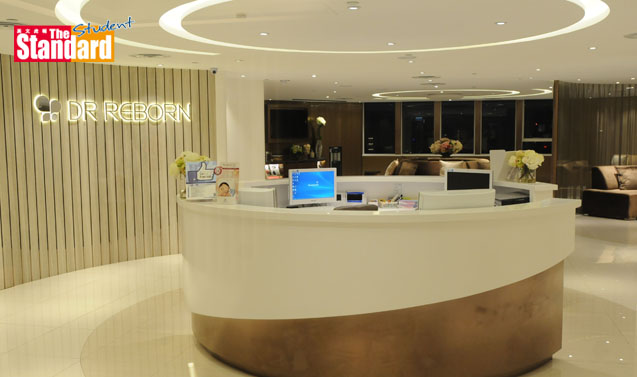 A 21-YEAR-old woman is in critical condition after undergoing liposuction on Wednesday in a Causeway Bay (銅鑼灣) clinic.

The patient, surnamed Chan, was undergoing thigh liposuction with local anaesthesia by a doctor when she suddenly lost consciousness.

Chan’s case is the second medical incident relating to liposuction in four months.

In June, 32-year-old dance school teacher Josephine Lee Ka-ying (李嘉瑩) died after having liposuction treatment on her back at a hair clinic in Tsim Sha Tsui (尖沙咀).

Chan was sent to Ruttonjee Hospital (律敦治醫院 ) in Wan Chai (灣仔 ), accompanied by the 33-year-old doctor who performed the liposuction.

The most recent incident took place at a plastic surgery centre on the 37th floor of WTC More (世貿中心 ) at 280 Gloucester Road (告士打道) in Causeway Bay.

Wan Chai police and the Department of Health (衛生署) are investigating the cause.

The case is being treated as ‘person collapse’ and no arrests have been made.

Sources said Chan went to the clinic alone for the procedure at about 10am.

According to the Department of Health, two registered doctors were onsite during the liposuction.

Hong Kong Medical Association (香港醫學會) president Louis Shih Tai-cho (史泰祖) said that, while it is too early to comment on the incident, overall he has noticed a disturbing trend of serious medical incidents involving doctors.

Shih said there are many advertising boards for various cosmetic surgeries throughout Hong Kong.

Meanwhile, the Department of Health has increased the frequency of inspections of beauty advertisements.

So far, it has directed six suspected cases of illegal operations to the police for follow-up investigations.

At least four women have died in the past 10 years while undergoing beauty surgery, including a blood transfusion health therapy in October, 2012, and a breast implant surgery in April, 2010.